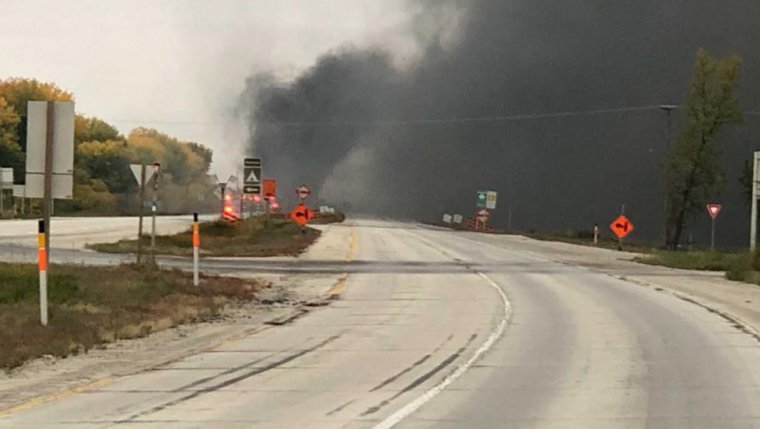 WINNIPEG - Lanes in both directions on Highway 1, five minutes west of Headingley, have just re-opened after a semi-truck rolled and burst into flames at the Assiniboine River bridge this morning.

Both the 32-year-old driver of the truck and a male passenger were taken to hospital with minor injuries. The STARS Air Ambulance had been dispatched to the scene just south of St. Francois Xavier.

Both lanes of traffic were closed off for several hours while heavy fire and smoke were doused.