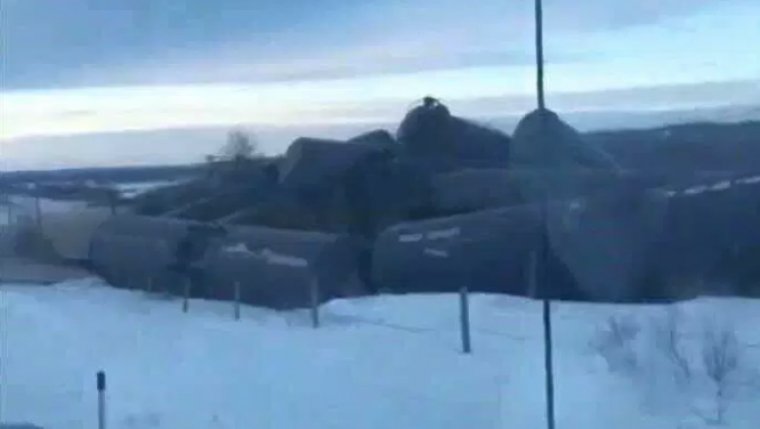 Reports suggest that CN crews are responding to the derailment near St. Lazare, which is located near the Manitoba-Saskatchewan border.

There are reports that the cars went off the tracks at about 3:30AM and some of the cars were carrying crude oil. It has been reported that some of the oil cars are leaking near St. Lazare.

CN is telling media that they are assessing the situation to determine how much product has spilled and to confirm how many cars derailed.

At this point, there were no reports of fires or any injuries.