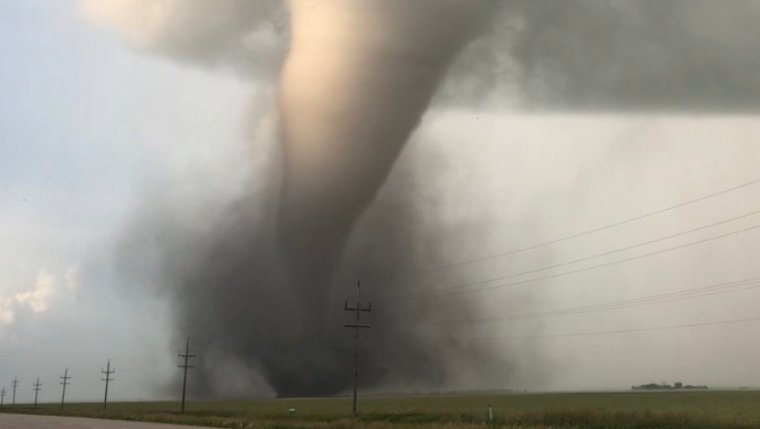 WINNIPEG - RCMP say two people are dead and another is in hospital after a tornado touched down near Scarth, Manitoba. That's about 15 kilometres south of Virden.

It happened last night just after eight o'clock. Police found a farm with extensive damage. The people killed and hurt were in two vehicles tossed into a field.

An 18 year old man and 18 year old woman from Melita were found dead near one of the cars which had been thrown over a kilometre.

A 54 year old man from Sioux Valley Dakota First Nation was in the other car. He was taken to hospital with serious injuries and he's expected to survive.

Several storm-chasers have posted videos and photos on social media.

The STARS Air Ambulance was dispatched to the area just before nine o'clock but wasn't required.

Our thoughts and prayers go out to the residents of Virden and the emergency responders dealing with the aftermath of the Tornado - please stay safe.
— Brian Pallister (@BrianPallister) August 8, 2020