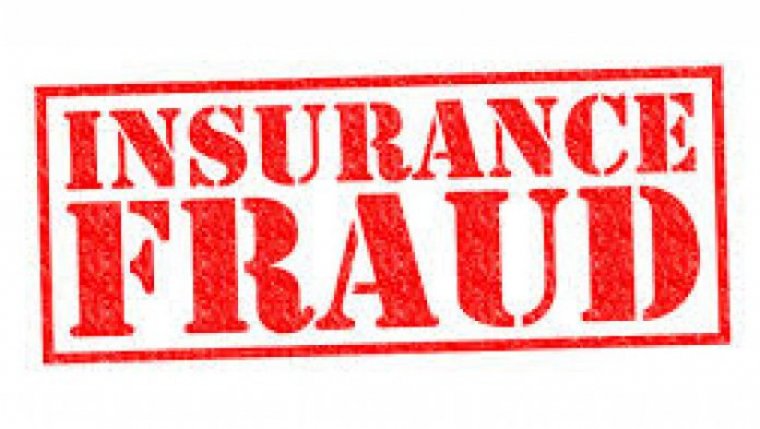 WINNIPEG - Manitoba Public Insurance is out with its annual list of the top five frauds of the year. In 2020, investigators caught $13 million in bogus claims. MPI says fraud accounts for about $50 of your annual Autopac.

The insured made a claim with MPI, reporting that his new travel trailer had been stolen out of a storage yard located within a community in rural Manitoba. That same morning, the travel trailer was found 10-kilometres outside of town ─ burned to the ground and still smoldering on a gravel road. MPI’s SIU investigator immediately went to the burn site where he took photos and began determining the likely route taken by the thief. While travelling back to his office, the investigator noticed a building which had a surveillance camera pointing towards the highway. The surveillance footage showed the trailer being towed around midnight by a pickup truck, which closely resembled the same year and model of the trailer’s owner. The investigation also revealed the trailer’s owner was experiencing financial issues. During the interview with the SIU investigator, the insured denied having any involvement with the theft. However, he was not willing to allow MPI access to his truck so the investigator could download data from it which would help to determine where the vehicle was on the night of the theft. A few days after that interview the insured contacted MPI and withdrew his claim, signing a waiver of release. Estimated claims savings to MPI was $37,000.

After being injured in a crash, the woman eventually returned to her job on a part-time basis ─ unable to work fulltime due to lifting and other physical demands. However, she was entitled to receive MPI’s Income Replacement Indemnity (IRI) entitlement which was calculated specifically from submitted income tax documentation. As time passed, an MPI IRI calculator noticed an irregularity in a letter and email allegedly coming from an accounting firm, which the woman had submitted. After a conversation with the accounting firm it was confirmed both the email and letter were fabricated and false. Investigators then did an extensive review and discovered numerous anomalies relating to the woman’s income tax information. It was noted that many of the documents appeared to have been deliberately edited and included entries that were misaligned, entries in varying sized fonts, incomplete and incorrect field entries, wrong totals, and in two different years she reported the exact same income to the cent. With all this information, the woman’s benefits were terminated resulting in an estimated savings to MPI and its customers of nearly $800,000: a figure based on future payouts. MPI is also seeking to recover $100,000.

The driver claimed a rabbit suddenly popped out of the bushes and ran in front of his vehicle. Startled, the driver said he applied the brakes and while attempting to avoid the little animal crashed head-on into a light standard. The vehicle sustained extensive front-end damage. However, the driver’s story had a number of irregularities which caught the attention of a seasoned SIU investigator. The investigation revealed the man, 20, was experiencing significant financial issues, exasperated by a large vehicle payment. A download from the vehicle’s Crash Data Recorder showed the vehicle was accelerating at the time of the crash, contradicting the man’s story that he was braking before he hit the pole. With all the evidence in hand, the claim was denied. Claims savings to MPI and its customers was $31,000.

The man claimed he was physically unable to do his demanding, physical labour job after getting into a collision. He soon began receiving Income Replacement payments from MPI. However, as the months moved on, an MPI case manager began to have suspicions about their claimant. The file was then forwarded to MPI’s SIU. The investigation revealed Mr. Volunteer, 33, regularly worked at a Winnipeg retail outlet ─ including assisting customers. Unbeknownst to Mr. Volunteer, he actually served an MPI investigator and several others who were doing surveillance. When confronted with all this information, Mr. Volunteer denied he was working, but explained he was “volunteering” his services. The man’s benefits were terminated resulting in an estimated savings to MPI and its customers of nearly $300,000.

After being involved in a crash, the Winnipeg man claimed he was too traumatized to drive and even had trouble being a passenger. Combined with a number of physical injuries, the man could not resume his job as a real estate agent and began receiving Income Replacement benefits. As time moved on, several irregularities began to surface for the MPI case manager, who then moved the file to MPI’s SIU. The subsequent investigation, which involved surveillance, revealed that the man had returned to his job as a real estate agent ─ regularly showing houses to clients, dealing with contractors on various renovation sites and driving to all parts of the city; showing no signs of distress. On one occasion, the case manager called the man, who whispered over the phone he couldn’t speak because he was at the doctor’s office. During this conversation, the man was in fact showing a house with clients, while also being observed by investigators. With all this evidence in hand, the claim was denied. Total claims savings to MPI was nearly $110,000.