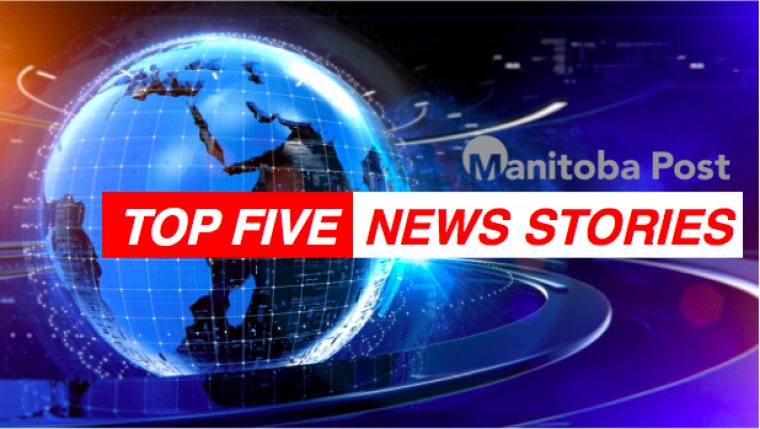 Police are searching for two suspects after 15 people were injured by an IED "improvised explosive device" inside an Indian restaurant in Mississauga, Ont. Peel Region police said they were called about the explosion in the Bombay Bhel restaurant just after 10:30 p.m. ET. Paramedics say three people suffered critical injuries and the other 12 suffered minor injuries.

Police arrested a 34-year-old man from Winnipeg. Police stopped him on Tuesday night near Pembina Hwy and Bishop Grandin Blvd on a bicycle. Police noticed he had a folding knife on his belt and learned he was the subject of several court-ordered conditions, including a weapons prohibition.

The weather co-operated Thursday with efforts to evacuate more than 1,000 people from two First Nations threatened by forest fires in northern Manitoba. With thick smoke no longer causing trouble at the airport in Little Grand Rapids, planes and helicopters were moving people out of the community as well as neighbouring Pauingassi, about 260 kilometres northeast of Winnipeg.

Police seized $25,000 worth of methamphetamines from two homes in the Niakwa area of Winnipeg. Leif Olafson, a 36-years-old man from Winnipeg, has been charged with Possess Methamphetamine for the Purpose of Trafficking.

A spring storm that has buried cars in snow and closed a slew of schools in Newfoundland has prompted dismay — and disbelief — from residents along the northeast coast of the island. Gander International Airport has recorded 36 cm of snow.

NO SNOW FOR WINNIPEG

Mostly sunny today with highs reaching 28 or 29, the weekend also looks very nice, lots of sunshine with daytime highs of 27 to 29.