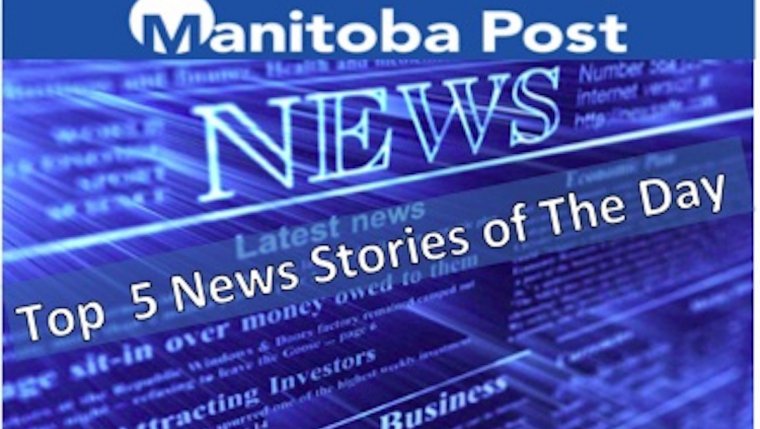 MAN IN 30'S SHOT IN WINNIPEG

Winnipeg Police are investigating the shooting of a man shot near the Health Sciences Centre Tuesday morning. The man, believed to be in his 30's, was taken to hospital where he remains in critical condition at this time.

Sunday afternoon Manitoba Post reported a man's body had been found in the Red River. Police have identified the man as 27-year old Brett Oryniak.

Police said the body was located in the Red River in the area of Main Street and Benn Avenue around around 7:00PM on Saturday evening.

Veteran Winnipeg Jets centre Paul Stastny says the club is "ready to bounce back" in Game 3 of the NHL’s Western Conference final tonight in Las Vegas. The Golden Knights prevailed 3−1 on Monday in Winnipeg to tie the best−of−seven series at one game apiece. The Jets are 4−2 on the road during these NHL playoffs.

SASKATCHEWAN WANTS OTTAWA TO GET TOUGH WITH B.C.

Saskatchewan Premier Scott Moe is calling on the prime minister to get tough with British Columbia over its opposition to the Trans Mountain oil pipeline expansion. He says Justin Trudeau’s Liberal government should withhold sending federal infrastructure money to B.C. Moe says it’s been a month since Trudeau met with B.C. Premier John Horgan and Alberta Premier Rachel Notley but the federal government has not introduced legislation to help get the project built.

SOUTHERN B.C.RESIDENTS BRACE FOR ’ROUND TWO’

There is a feeling of "calm apprehension" in the southern B.C. city of Grand Forks as officials warn of a coming second wave of flood waters, says Brett Swope. The pastor at the Grand Forks Baptist Church said he noticed the flood waters return on Tuesday on a local road that had been dry on Monday. At least 1,500 homes in a region that includes Grand Forks remained evacuated and evacuation orders cover another 500 homes around the province, while more than 2,600 homes were on evacuation alert.