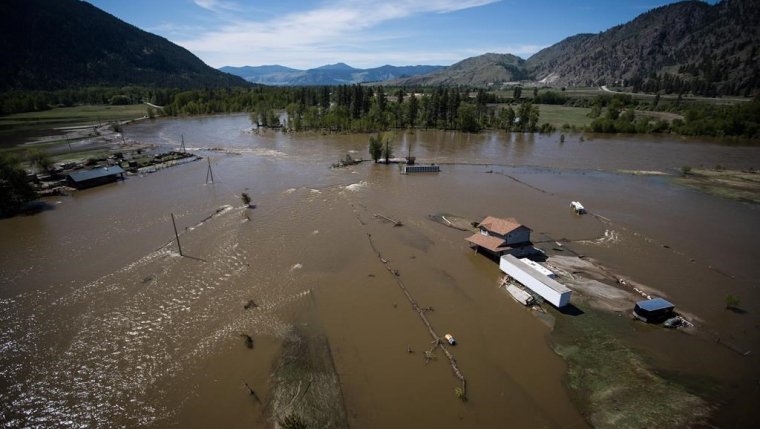 Lac du Bonnet RCMP responded to Nopiming Provincial Park at 11:30AM Saturday. When officers arrived at Tulabi Falls Campground within the park, Emergency Personnel were providing assistance to a three-year-old boy. The child was later pronounced dead.

A Body Was Pulled From The Red River

Early Saturday evening police were near Main Street and the north Perimeter Highway for what many claim was a report that a body was apparently recovered by a dive team that was made up volunteers, although at this time police have not confirmed who discovered the body. It was been over a week since Brett Oryniak went missing after a boat capsized on the Red River. We should learn more today from police.

There was no winning ticket sold for Saturday night’s $18 million Lotto 649 jackpot, but a ticket bought in Winnipeg won $100,000.

Flood weary residents in southern B.C. are bracing for round−two as rising temperatures accelerate the melting of high elevation snowpacks. The Regional District of Kootenay Boundary says about 3,000 residents remain under an evacuation order due to the threat of a second flood, with rivers expected to rise by mid−week to levels close to those experienced on Thursday. Premier John Horgan has said this may be a "one−in−one−hundred−years" flooding season.

Lynne Kent says owning a home in Vancouver that’s valued at $4 million isn’t the blessing it may appear to be. She and her husband are among a small group of homeowners in British Columbia facing a tax bump on homes assessed at over $3 million who say they simply can’t afford it — a claim that some are questioning.