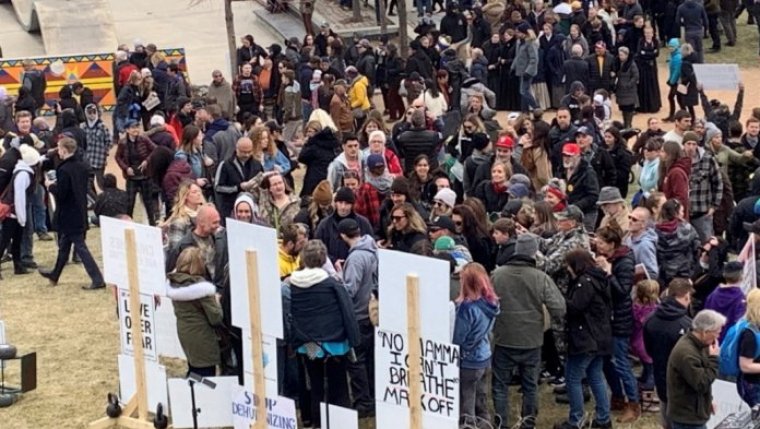 WINNIPEG - Two people have been ticketed so far after a large protest at The Forks on Sunday.

Justice minister Cameron Friesen says enforcement officers didn't disrupt the rally that involved hundreds of people but they did collect evidence and more fines are likely as the investigation continues.

Premier Brian Pallister has promised tougher enforcement and when weekly enforcement statistics were released on Tuesday, there was in fact a 167 per cent increase in the number of tickets issued.