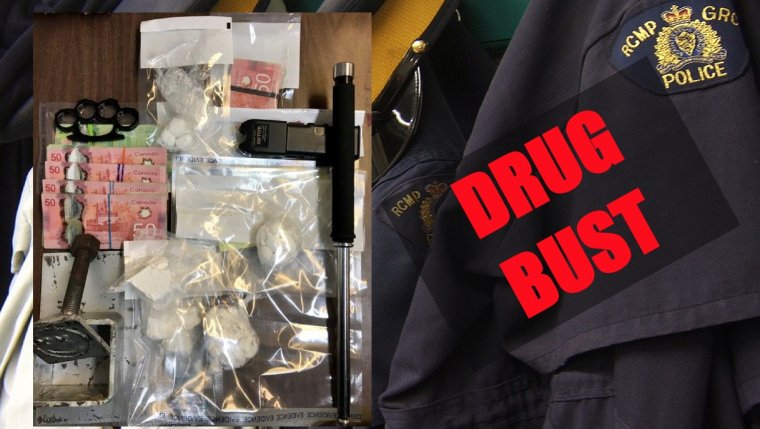 At a home located on Beaver Crescent, police seized approximately 57 grams of cocaine, a large sum of Canadian currency and various drug paraphernalia.

A 38-year-old woman and a 28-year-old man, both from Thompson, at the home were arrested.

Mounties then executed two more search warrants at two apartments on Carlton Place. Approximately 95 grams of cocaine, 84 grams of marihuana, large sums of Canadian currency, various drug paraphernalia and a bag of weapons including brass knuckles, a baton, a taser, and knives were seized.