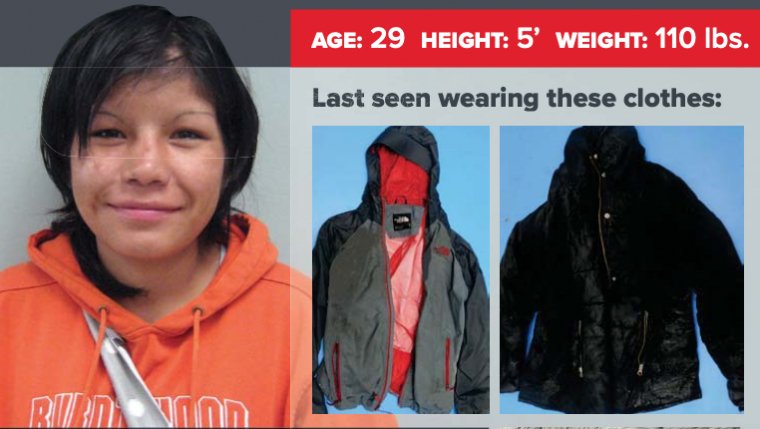 THOMPSON - Manitoba RCMP continue to ask for the public’s assistance as police investigate the homicide of Bobbie Lynn Moose, who was found deceased on October 17, 2019, near Nelson Road in Thompson, Manitoba.

“We are here, as a group, with a plea for help. We need the people of Thompson and surrounding communities to clearly hear our message today so that we can move a homicide investigation forward,” said Assistant Commissioner Jane MacLatchy, Commanding Officer of the Manitoba RCMP, at a press conference held earlier at Manitoba RCMP Headquarters in Winnipeg.

Bobbie Lynn Moose, 29, of Nisichawayasihk Cree Nation, was last seen by family at the Walmart on Mystery Lake Road, on October 1, 2019. Investigators have done extensive canvasses of the area, conducted over 300 interviews, and a highly trained search team was flow-in from Winnipeg to help find evidence. Despite all this work, there is still very little known about her time in Thompson. 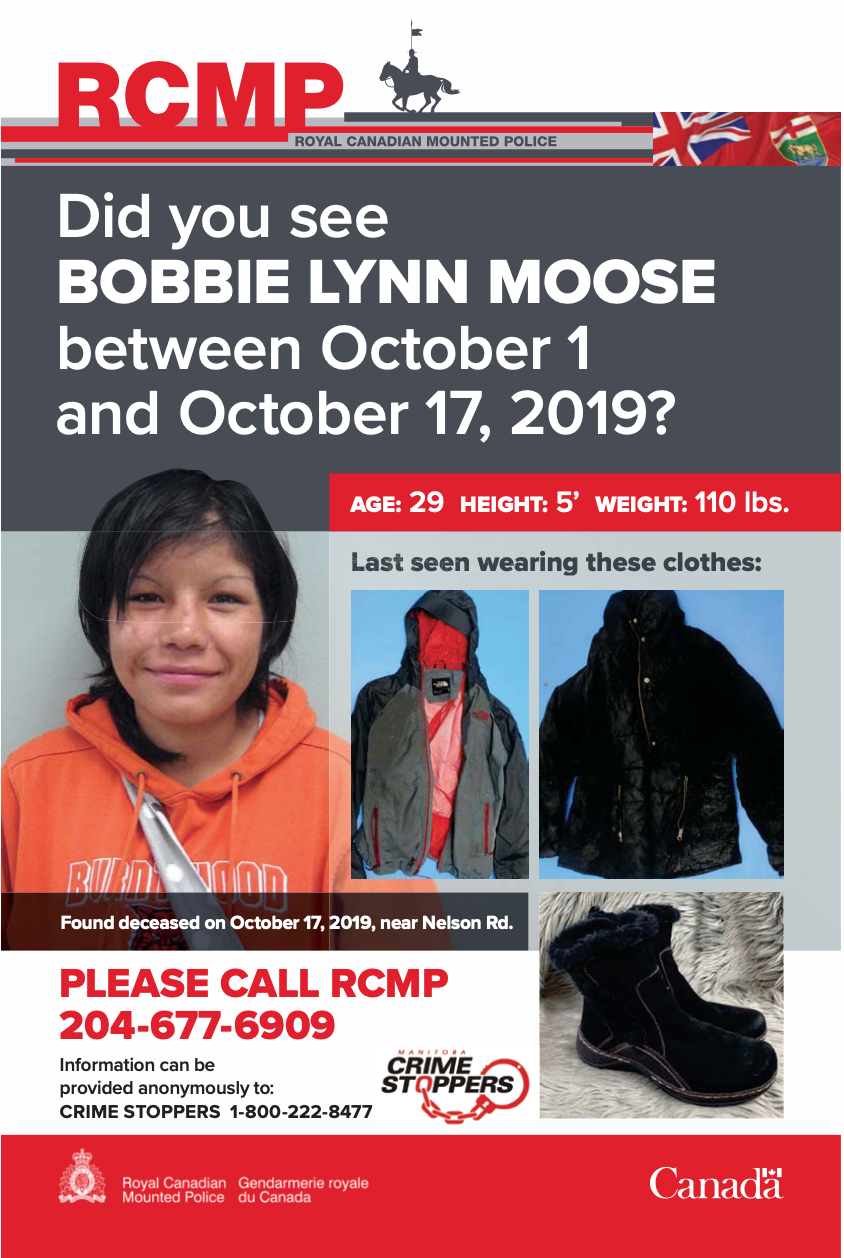 In the coming days, every house and apartment in Thompson will be receiving a pamphlet with a photo of Bobbie and a plea for information, and officers will be handing out the pamphlets to vulnerable people within Thompson. RCMP will also be placing a large billboard with Bobbie’s image in Thompson in high traffic areas.

“We are going to do everything we can to track down the person, or people, responsible for this ruthless and senseless crime,” said MacLatchy.

Anyone with information regarding Bobbie’s activities in Thompson or her death are asked to contact Thompson RCMP at 204-677-6909. Anonymous tips can be made to CrimeStoppers at 1-800-222-8477, or secure tip online at www.manitobacrimestoppers.com.