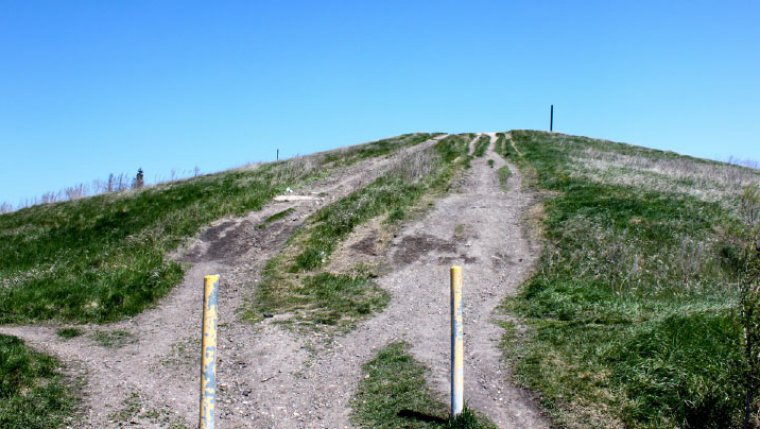 The speed of city crew to dismantle an 11 letter sign mounted on a hilltop opened the eyes of a lot of Winnipeg voters this week.

As art installations go, GARBAGEHILL was simple, and it was beautiful.

People are asking, why was THIS sign a priority of City Hall?

In a 10 minute commentary, Marty Gold delves into the mystery of the Garbage Hill sign, how it evoked the cultural vibrancy of Winnipeg, and why the message it sent to the public is now turned around:

Taxpayers are used to seeing curbs, manholes, sewers, sidewalks and boulevards left in a shambles for a year, or two, or three.

Now, some think if they put an unauthorized "Garbage Hill" sign on something waiting to be fixed, at least the city will send a crew the next day.