The Hidden Dangers of Popular Painkillers 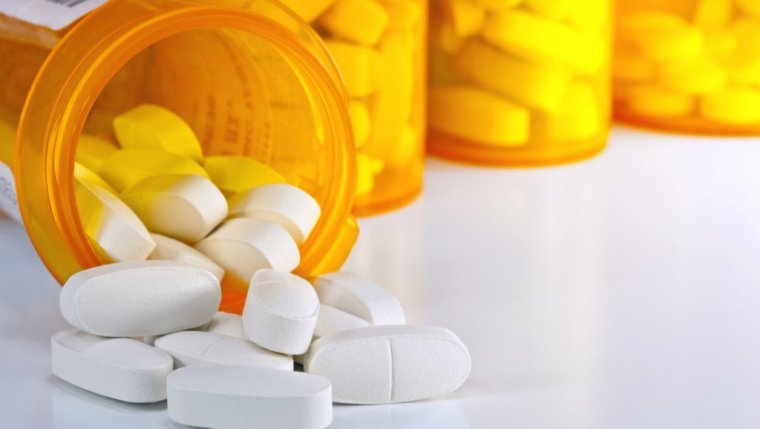 Despite their widespread use, many people remain unaware of the potential side effects of popular painkillers. The term "analgesic" normally refers to drugs used to provide pain relief. There are prescription medications, over-the-counter products, and natural remedies with analgesic properties. All can be effective, but the use of pharmaceuticals can have serious consequences.

Popular corticosteroids including prednisone and methylprednisolone are normally used for only a short time, as extended use is associated with a variety of adverse effects including headaches, hypertension, weight gain, facial hair growth, and muscle weakness. These hormones can interfere with mineral absorption and wound healing, and contribute to eye problems and digestive issues. While most require a prescription, you can buy some topical corticosteroids like hydrocortisone 1% from pharmacies.

Opioids include heroin, fentanyl, codeine, oxycodone, and hydrocodone. These powerful painkillers produce morphine-like pain relief by acting on opioid receptors. This class of narcotics has received considerable press due to an epidemic of overdose deaths and sparked a wave of lawsuits against the producers of these addictive and dangerous drugs. Over two million people in the United States have a substance misuse disorder related to opioids.

Non-steroidal anti-inflammatory drugs (NSAIDs) reduce pain by suppressing the production of prostaglandins. Produced by COX enzymes, these hormone-like compounds promote inflammation and pain to assist the healing process. The COX-2 enzyme is produced in response to injury, infection, or whenever an inflammatory response is required.

NSAIDs that are available without a prescription include ibuprofen (Motrin, Advil) and naproxen (Aleve). What's significant about these drugs is that they're not selective - they block both COX-1 and COX-2 enzyme production. Because COX-1 is needed to produce the prostaglandins that protect the inner stomach lining, use of NSAIDs can lead to stomach ulceration and intestinal bleeding. Label warnings were modified by the FDA in 2015 to indicate the increased risk of heart attack or stroke within the first few weeks of use, and the risk increases with continued use. NSAIDs also increase the risk of heart failure, reduce the ability of the blood to clot, and can cause chronic kidney disease.

Pharmaceutical companies then set out to design drugs that would selectively block only the COX-2 enzyme, claiming these drugs would be easier on the stomach. In 1999 the pharmaceutical giant Merck released Vioxx, the first COX-2-inhibiting drug that promised to reduce acute pain. But in 2004, Vioxx was taken off the market after it was found to increase the risk of heart attacks and strokes. Some estimates suggest that in the five years it was available, Vioxx may have been responsible for tens of thousands of deaths in North America. Similar drugs are still being prescribed today, including celecoxib (Celebrex), diclofenac (Cambia, Voltaren) and indomethacin (Indocin). Regular use of these drugs can lead to serious problems including gastrointestinal bleeding. People over 65 may see an increased risk, as can those who consume alcohol or take NSAIDs with other medications.

Acetaminophen (Tylenol) is the most popular pain reliever in North America and can be effective for reducing fever, aches, and pains. As acetaminophen is in over 600 over-the-counter formulas for colds, flu, headache, and pain, if you don't read labels carefully it's easy to overdose. Limit daily use to 3,000 mg or less (4,000 mg max), and avoid consuming alcohol, since the combination can increase the risk of liver damage. Excessive use is the leading cause of acute liver failure, resulting in about 100,000 visits to the emergency room, and 20% of liver transplants. Acetaminophen and ibuprofen have also been linked to hearing loss and tinnitus (ringing in the ears) when taken two or more times a week.

I have osteoarthritis in both knees and have improved flexibility and reduced pain through a combination of regular exercise, therapeutic footwear, and diet. I also avoid omega-6 fats, all forms of sugar and refined carbohydrates, eat more anti-inflammatory foods, and take natural anti-inflammatory supplements. A recent analysis of 68 studies found that 2,000 mg of omega-3 helped to reduce pain while improving joint function.

Foods that suppress the production of COX-2 include olive oil, grapes, avocado, mushrooms, ginger, citrus fruits, and fatty fish like salmon and sardines. There are also many natural supplements that can help reduce COX-2 including curcumin, boswellia, quercetin, grape seed extract, Pycnogenol, olive leaf complex, bromelain, and EGCG from green tea. Look for a turmeric formulation that uses a phospholipid to increase absorption, including BCM-95, Longvida, Meriva, or Turmacin, which uses water-soluble polysaccharides to improve bioavailability and effectiveness.

The precursor of COX-2 in the body is arachidonic acid, an omega-6 fatty acid. To help lower inflammation, reduce consumption of foods that are high in arachidonic acid like chicken, milk, egg yolks, and hard cheeses. Linoleic acid is an omega-6 fat required for the production of arachidonic acid; it's found in most grains and vegetable oils. By reducing the linoleic acid in your diet, you can lower COX-2 enzyme production and reduce inflammation. I recommend eliminating oils that are high in linoleic acid including canola, soybean, grapeseed, sunflower, safflower, rice bran, corn, walnut, and peanut. Increasing omega-3 can also help counteract the inflammation triggered by too much dietary omega-6.

For fast, natural, topical pain relief, I recommend DMSO (derived from plant sources), and capsaicin - a product sourced from chili peppers that's especially effective for neuropathic pain. Topical NSAIDs can be purchased without a prescription, and as the medication is absorbed through the skin, side effects are usually minimal.

Over-the-counter NSAIDs can be helpful for short-term use, but it's important to track exactly what's in them and to not exceed the recommended dosage. Together, regular exercise (even walking 30 minutes a day can help), avoiding foods high in omega-6, and natural COX-2-inhibiting supplements can bring long-lasting pain relief and many added health benefits, including increased mobility, cognition, and energy.