The Cats Came Back 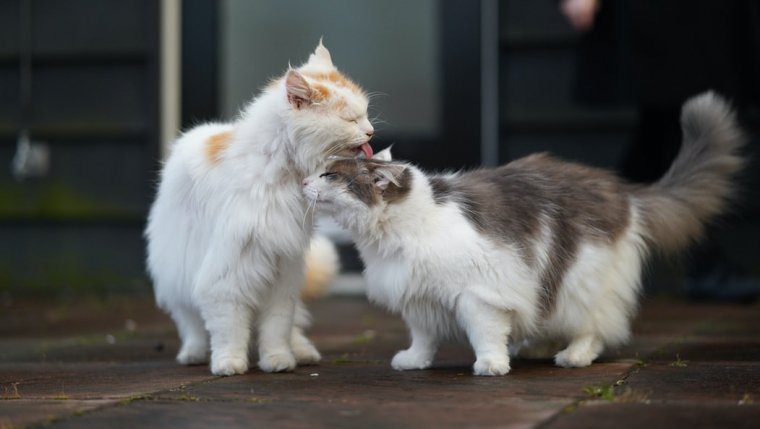 WINNIPEG - A Winnipeg man is over the moon, and his cat Dewy a lot cleaner, after the feline friend went missing for nearly a month at a Toronto airport. Riley McCann said Dewy wasn’t pleased about getting his first bath since before the flight that led to him going missing for more than three weeks.

McCann had been moving from Montreal to Winnipeg on Saturday, January 16, bringing with him his two cats. His cat Vida rode in the cabin, while paid extra for Dewy to travel with the cargo. During a layover at Pearson International Airport, the gate on Dewey’s cage somehow fell open, so naturally Dewey ventured out to explore the warehouse. It was three weeks and three days before McCann learned Dewy had been found in the cargo building. McCann learned Dewy was getting ready to board a flight to Winnipeg Richardson International Airport to reunite with his human.

McCann says the ordeal left the cat covered in warehouse dirt and badly malnourished, but Dewey is now home eating a lot of food and drinking a lot of water ahead of a checkup appointment today with a local vet.

This reunion happened two days after Kerji Stephens’ was reunited with Kevin the Cat following a devastating fire at their St. Malo home. A malfunctioned outlet in the porch tore through the old wooden farmhouse, and she and her partner escaped in only their pajamas. While they tried to rescue their five pets, including two of the dogs who escaped unharmed, another dog and two cats had gone missing in the blaze.

In the days that followed, Stephens described a few small but amazing miracles. Two days later, their dog, who they didn’t know was pregnant, gave birth to a puppy. People surrounded the family with love, providing them with financial support and an animal-friendly cabin to stay in. Then this week the couple discovered several of their treasured possessions and pets.

They visited their burned out home and noticed cat tracks. They followed them, along with a faint meowing sound, and discovered Kevin curled up in a shed, a tabby who had survived getting hit by a car just weeks earlier, and had been sleeping on the porch when it went up in flames. He had been living outside for a week in -40 weather. “I couldn’t be happier,” Stephens says, “We needed this.”