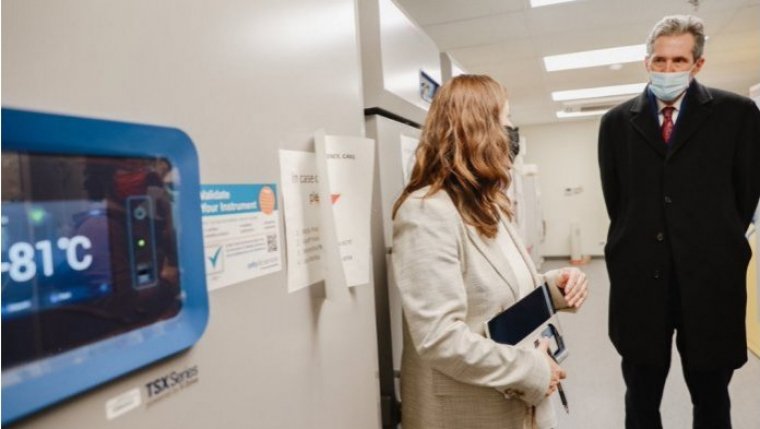 WINNIPEG - As the Manitoba government continues to announce expanded criteria for receiving COVID-19 vaccines, it’s also announcing growing capacity to fulfill those appointments. The province says a new supersite for southern Manitoba is being set up at a community recreation hub in Morden, and says it should be open within two weeks as long as expected dosage deliveries arrive as expected.

The supersite at the Access Event Centre will have 8,500 sq. ft. of available space to work with, and the venue already serves as the region’s emergency response centre, with backup power generators that could keep vaccines frozen if there were to be a power outage. This brings the number of Manitoba supersites to six, but the province says it plans to open up seven more by the end of April.

The province is awaiting details from a rollout of a newly-approved AstraZeneca vaccine from the federal government, after administering more than 71,000 doses of vaccines from Pfizer and Moderna.

While Manitoba Health is currently able to administer nearly 12,000 doses of the vaccine daily, the vaccine task force says their goal is to be able to immunize up to 20,000 people every day against COVID-19 by April. Around 500 clinics and pharmacies have now applied to help with the campaign, and the province has hired more than 1,200 staff, to make that capacity possible.

Task force lead Dr. Joss Reimer says, in the meantime, Manitoba will continue to gradually open up eligibility based on analysis from the National Advisory Committee on Immunization. Those with questions about the task force, and where they are in line, can go here, or call 1-844-626-8222 (1-844-MAN-VACC) toll free.