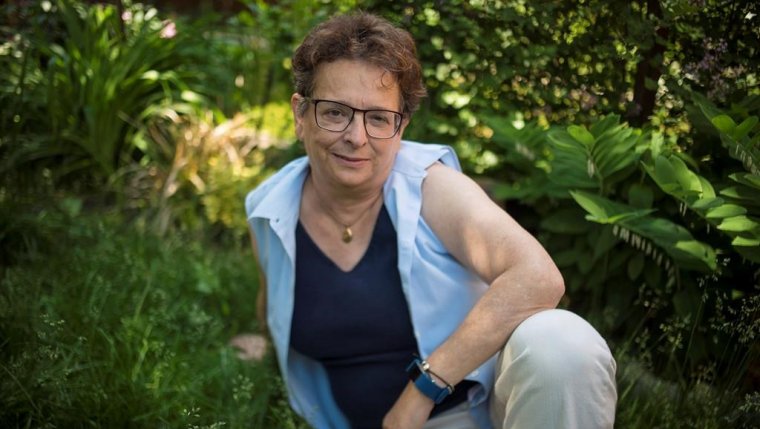 TORONTO — When Lisa Freedman was diagnosed with breast cancer, a genetic test of her tumour suggested chemotherapy would have no effect on the risk of recurrence, allowing her to safely skip the treatment and its dreaded side−effects.

"When the test came back, it showed that I would have a 13 per cent chance of recurrence if I had chemo and a 12 per cent chance if I didn’t have chemo," said the Toronto lawyer, 61.

"So that became an easy no−chemo decision," said Freedman, who has been cancer−free for two years.

A recently published U.S.−led study of more than 10,000 women whose tumours were tested determined that most patients with early−stage estrogen−positive breast cancer and no lymph−node spread should be able to avoid chemo and be treated with surgery, radiation and a hormone−blocking drug like tamoxifen alone.

The study is the largest ever performed looking at breast cancer treatment, and its results are expected to spare thousands of women in Canada each year from having to undergo rounds of chemotherapy and its harsh side−effects.

Funded by the U.S. National Cancer Institute, with additional funding from the Canadian Cancer Society Research Institute, the research looked at women with breast cancer with an intermediate risk of recurrence, based on their scores from the genetic test.

Previously, scores from the US$3,000 Oncotype DX test, used since 2004, allowed doctors to sort out women at high risk and low risk of recurrence to determine whether they would benefit from chemotherapy.

But women with in−between scores fell into a grey area — should they get chemo or not?

That’s what the study, which began in 2006 and included 10,253 women aged 18 to 75, set out to determine, with participants randomized to receive chemo plus a hormone−dampening drug or that medication alone.

The results were stunning.

After nine years, the findings put the women virtually in a dead heat: more than 90 per cent of those in both groups were still alive, while almost 85 per cent in each were free of recurrence.

Researchers concluded that almost 70 per cent of women with this form of breast cancer could safely dodge chemotherapy.

"(For) women in−between, where there was some uncertainty, I think this study is very reassuring that for the majority of them we don’t have to give chemotherapy," said Dr. Andrea Eisen, an oncologist at Sunnybrook Health Sciences Centre in Toronto, where 56 patients took part in the multi−centre trial.

The results represent an evolution in how this most common form of breast cancer will be treated in the future, agreed Dr. David Cescon, a breast medical oncologist and researcher at the Princess Margaret Cancer Centre.

"There have been other studies that have contributed, other supportive information along these lines, which have allowed us to avoid chemotherapy, particularly for women in the lower end of this middle−risk group," he said.

"But this will allow us to make those recommendations with more confidence, particularly in the higher end of the middle range for older women."

For Freedman, being told she didn’t need chemo was welcome news, though she admitted that the time from diagnosis to having a surgical lumpectomy and the tumour test moved so quickly, she "never had to go through that whole angst."

Still, she was well aware of the horrors of chemo and had wondered how she would be able to work through the treatment regimen.

"I kind of visualized myself lying on the floor in the bathroom throwing up, with my hair falling out and trying to get my strength back," Freedman said.

"So when (the oncologist) said there was absolutely no need for chemo, it was a sigh of relief, almost tears of relief."

Eisen said there has been an ongoing shift over the decades in how breast cancer is treated.

"Everybody used to have a mastectomy, then we realized doing a lumpectomy and radiation was essentially just as good," she said.

"And then everybody used to have an ancillary lymph−node dissection, so removal of a lot of lymph nodes under the arm. And then we realized that a smaller operation called a sentinel node biopsy could give in most cases equivalent information.

"So now this is the first time we’re really looking at drug treatment ... That’s kind of a signal of how good the outcomes are becoming, that we’d look at taking away treatment, rather than giving more."