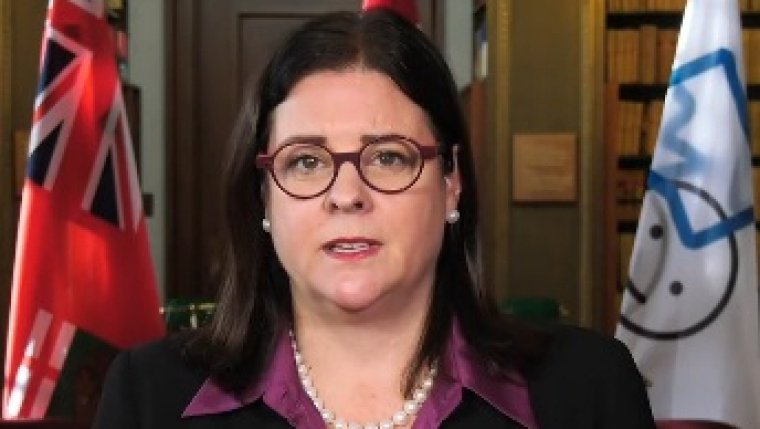 WINNIPEG - Manitoba premier Heather Stefanson has issued the following statement on the possible use of the federal Emergencies Act to address COVID-19 protests in this province:

I had the opportunity to provide a current status report on Manitoba’s situation and hear from my colleagues across the country. All premiers are deeply concerned by the situation in Ottawa and the now-resolved blockade on the Ambassador Bridge in Windsor, Ont. However, there is a clear sense and broad consensus the situation in each province and territory is very different.

I am not currently satisfied the Emergencies Act should be applied in Manitoba. Winnipeg’s situation is dramatically different from the one in Ottawa. The Emerson border situation is very different than the one faced in Windsor.

In my view, the sweeping effects and signals associated with the never-before-used Emergencies Act are not constructive here in Manitoba, where caution must be taken against overreach and unintended negative consequences. While the situation is very different in Ontario, this ultimate federal legislation should only be considered on a measured and proportional basis, in locations where it is truly needed.

In Manitoba, I have taken and will continue to take the advice of the law enforcement professionals in the RCMP and Winnipeg Police Service. I am being briefed on a daily basis by Manitoba Justice officials, who are in regular and ongoing communication with law enforcement. These agencies remain satisfied that they have all the tools necessary and they have full tactical control over operations.

As a government, we have been clear. We respect democratic, peaceful and lawful protests. But respect for the freedoms and legal rights of others is equally important in our peaceful and democratic society. Unlawful action – blockades that disrupt borders and critical infrastructure and impair trade, jobs and our economy, or that unduly infringe the rights of neighbors and communities – cannot be tolerated.

All of the protesters have been heard. Our advocacy with the federal government over border and travel measures, and trucking mandates, continues. But it is time for the protests to end and for the rights of all Manitobans to be respected.

Again, I emphasize the importance of following the advice of our specially trained and professional enforcement personnel, who continue to work tirelessly on the situations in Emerson and in Winnipeg. Full tactical control over law operational action must and will remain in their capable hands.