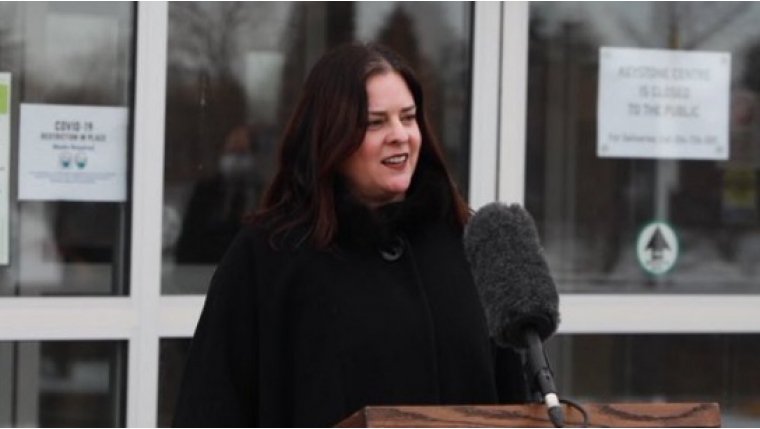 WINNIPEG - Heather Stefanson, MLA for Tuxedo, has announced that she's running to become the next leader of the Progressive Conservative Party and the next Premier of Manitoba.

She's the first candidate to enter the race.

Stefanson was surrounded by family and a number of caucus colleagues as she made it official at the South Winnipeg Community Centre.

In total, 24 Tory MLAs have endorsed her.

Stefanson promised to kill Bill 64 and instead listen to parents when it comes to education.

She also vowed to advance reconciliation and economic opportunity for Indigenous people.