Statues Will Be Returned 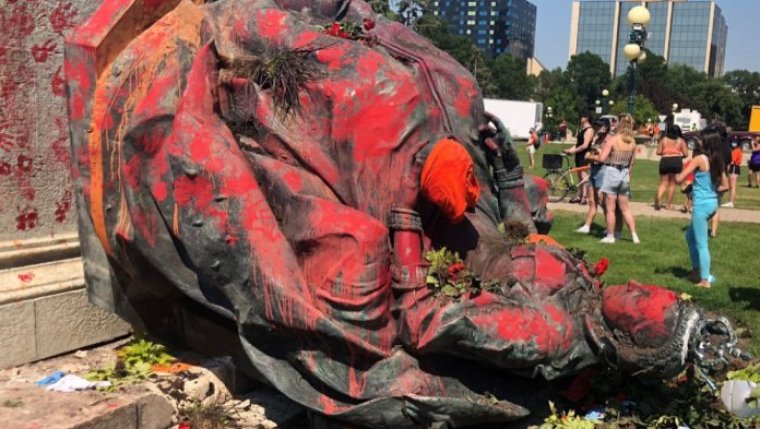 WINNIPEG - Premier Brian Pallister says statues that were toppled by protesters at the Manitoba legislature on Canada Day will be put back up again.

The statues of Queens Victoria and Elizabeth were tied with ropes, pulled to the ground and splashed with red paint by protesters angry about unmarked graves discovered at former residential schools across the country.

Pallister says the people who came here didn't come to destroy, they came to build.

The Assembly of Manitoba Chiefs says Pallister's comments minimize, romanticize and celebrate history which saw the displacement of First Nations from their lands.