Stakes Weekend at the Downs 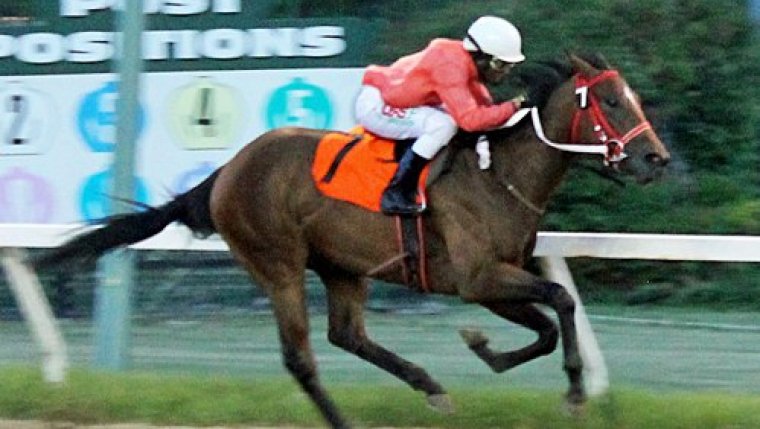 As Langara prepares to win Friday night’s $25,000 Phil Kives Stakes, race fans in Winnipeg prepare for a four-stakes weekend that also includes the broadcast of the Breeder’s Stakes from Woodbine on Saturday afternoon.

It all starts Friday with the Phil Kives Stakes for three-year-olds-and- upwards over one mile and the Don Schnell-trained Langara, the five-year-old gelding with Antonio Whitehall in the irons, is a 1-5 morning line favorite. It’s only a three-horse field with Why So Blue at 7-5 and Outlandos at 10-1. The Kives Stakes is the first race on Friday night at 7:35 p.m.

Then, on Saturday, about 4:25 p.m. CST it’s the final leg of the Canadian Triple Crown, the 127th running of the $400,000 Breeders’ Stakes on turf over a mile and a half. With Wonder Gadot, the super-powered filly named after Wonder Woman star, Gal Gadot, who won the first two legs of the Triple Crown – the Queen’s Plate at Woodbine and the Prince of Wales Stakes at Fort Erie – now at Saratoga preparing for the $1.25 million Grade 1 Travers Stakes on Aug. 25, this race should be wide open.

The favorite is clearly Aheadbyacentury, the colt that finished second to Wonder Gadot in both the Queen’s Plate and the Prince of Wales. Aheadbyacentury, with Luis Contreras in the irons, is a 5-2 favorite on Saturday while Say the Word with Rafael Hernandez up is next at 3-1, Hot Cash, with Woodbine’s leading jockey Eurico Da Silva in the saddle is third at 7-2 and a colt with a nice Manitoba name, Neepawa, with Jerome Lermyte riding, is at 6-1.

After the nationally televised Breeders’ Stakes is finished – and it will be a long race at a mile and a half on turf – there will be two big stakes races at Assiniboia Downs.

The first is the $25,000 Distaff Stakes for three-year-olds-and-up fillies and mares and just as nobody seems too interested in running against Langara on Friday night, nobody wants to face Escape Clause on Saturday. Escape Clause, trained by Don Schnell with Renaldo Cumberbatch in the irons this time, is a 1-9 favorite against only two other fillies, Tadaa at 7-5 and Amaretto at 25-1.

Clearly the best race of the weekend will be Race 3 on Saturday at approximately 8:30 as the Don Schnell-trained Hidden Grace, the 4-5 favorite again, will take on five other two-year-old fillies in the $30,000 CTHS Sales Stakes. Hidden Grace’s biggest challenges will come from trainer Charles Smith’s To the Swift with leading jockey Antonio Whitehall aboard at 5-2 and Don Schnell’s Skip the Mischief with Prayven Badrie up at 3-1.

With four Stakes races at the Downs this weekend, bettors and casual fans will get to see three of the finest young colts and fillies on the grounds – Langara, Escape Clause and Hidden Grace – along with nine of the best Canadian-breds in the Breeders’ Stakes.

Live racing returns this weekend, Friday and Saturday night with the first post parade each evening at 7:15 p.m.