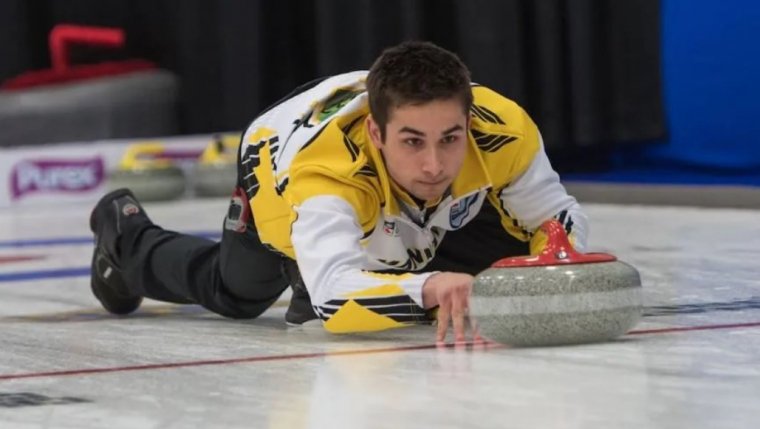 WINNIPEG - I used to be a reporter for a regional newspaper, and I loved it. My “beat” was Culture: arts, crafts, theatre, and music. I also handled personal interest stories: people who’d had good ideas, done good things, opened businesses, won awards. I covered graduations, openings, dinners, fundraisers. Politics too, especially elections; I loved that. What I did not do, and adamantly refused to do, was cover sporting events.

As a teen, I had attended an all-girls high school, where I played basketball and field hockey, and let me tell you, there is nothing more ruthless than a 16 year old girl with a hockey stick. I still have the serrated shinbones to prove it. I loathed school sports, and did anything I could to avoid having to play. Even at that, I wasn’t as bad as my older sister, who locked herself in the games equipment room to avoid even being seen in gym gear.

When I first got the job at the local newspaper, my editor insisted I cover sport. So I wrote a sample piece on a hockey game I had witnessed, years before, only because at the time I was dating the goalie. “Two groups of guys skated out on the ice. Some of them were wearing white uniforms with black and gold stripes and some of them were wearing red uniforms with white stripes. They skated around a lot and one team scored some goals, but the other team only scored one. One team seemed to be much better than the other, but the other team’s goalie was pretty good.” I considered submitting it, but never did; I imagined my editor looking at that paper for a long, long time.

Instead, I explained some of my difficulties with sport to him this way: it’s like being tone-deaf, or colour-blind. It doesn’t really impact your life in a big way, but there’s always this part of your experience that you simply don’t get. We eventually arrived at an accommodation that went something like “Don’t ask me to write sports copy, and I won’t ask you to write fashion copy.”

That agreement stuck, until one day when he had absolutely nobody else to send to interview a local teen who was becoming something of a star on the provincial curling scene. With trepidation, I made an appointment to interview the young man. I have never been more scared, because I was going to make a complete idiot of myself, and I knew it. He lived in a neighbouring community, so I drove to his family home that afternoon. As I knocked on the door, my heart was pounding.

Colton Lott opened the door and invited me in. His father was there too, so I was going to have to humiliate myself in front of two strangers instead of just one. Lovely. There was only one thing to do.

“I’m so sorry,” I said. “I don’t usually cover sport but I’m the only person available to do this today. I don’t know the first thing about curling, and I have no idea what to ask you. So I was wondering if you could just talk, and I’ll write; but if you could explain things as you go along, that would really help.”

Colton and his dad were polite, sympathetic, and absolutely charming. They took charge of the whole interview, explained curling terms, explained exactly what the young man had achieved, and how, and why it was important. It was painless, and I was so relieved I could have fainted.

The article was written and published; I was even thanked for doing a good job. Then, with immense gratitude, I went back to covering Art, Theatre and Fashion.

As an adult, Colton Lott has continued to make a name for himself in the world of curling, but in my mind I will always see him as the kind, talented teen who took pity on my ignorance. As for me, it was a valuable lesson. It is always better to admit you don’t know something, than to pretend to know, and end up looking stupid.