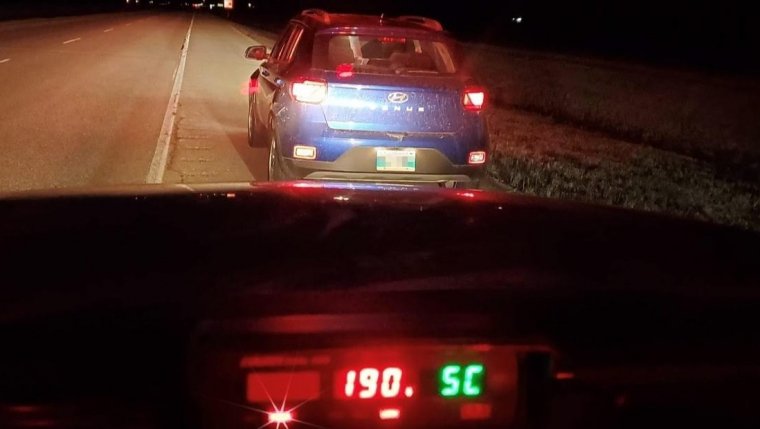 WINNIPEG - Perhaps to make up for lost time during a midnight wrist watch delivery, it’s the second case of someone caught speeding in the Portage la Prairie area in less than a week, and although this driver is more than twice the age of the previous one, he was also driving twice as fast.

Manitoba RCMP say the motorist was slapped with nearly $2,000-worth of tickets after officers clocked his blue Hyundai at 190 km/h and pulled him over on Highway 1 just after midnight. Police explain the 26-year-old man told them he was in a hurry to bring his friend in Winnipeg three Rolex watches. Police didn’t say if they asked the driver how much the watches were worth.

The man is facing a $1228 speeding ticket, as well as an additional charge of $672 for careless driving. Mounties say MPI is also going to review his license.

We cannot make this stuff up.

26yo male driver stated he was “in a rush to get 3 Rolex watches to his friend in Winnipeg.”

This past Tuesday, officers also pulled over a 12-year-old boy driving a van at 107 km/h in an 80 km/h construction zone along the same stretch of Highway 1. In addition to the charge of construction-zone speeding, the youth was also charged with driving without a license and taking someone’s vehicle without permission.

For those who like getting luxury items to their destination fast, there’s a restaurant in Winnipeg that just started looking for a pizza delivery driver - but the RCMP say whether it’s to deliver pizza pie pieces or timepieces, there are no excuses for speeding, and the chain says their drivers are always expected to make deliveries in a safe manner.