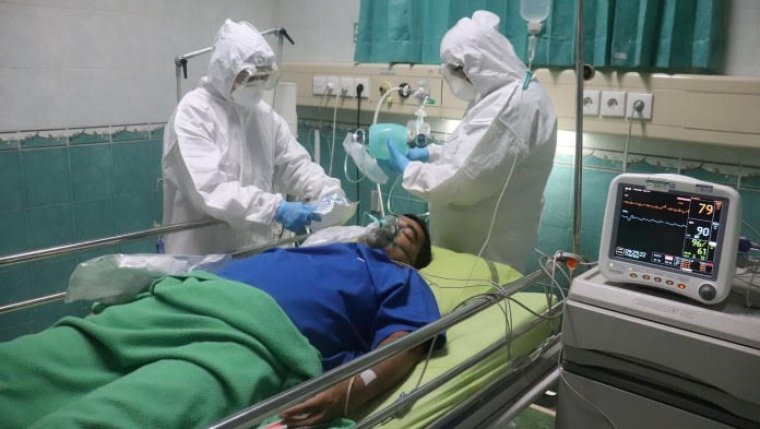 WINNIPEG - Manitoba’s Chief Public Health Officer says current trends in new regional case numbers show the province is in the early stage of a fourth wave of COVID-19 — and officials have identified the region that’s fuelling it.

Dr. Brent Roussin says there are a few areas of the province, particularly the Southern Health Region, where transmission is accelerating. Manitoba’s epidemiology report shows that a third of the cases covered were in that region, despite the health authority representing just over 15 per cent of the province’s population. One municipality served by the health authority, the R.M. of Hanover, has a vaccine uptake of 48.4 per cent.

Roussin says if numbers in Manitoba continue to go up the way they are, there’s a good chance we could head in the same direction as other provinces like Saskatchewan. That province is now seeing increased COVID-19 case numbers and pressure on its health care system.

Roussin says Manitoba continues to see transmission occurring and people getting admitted into ICUs. But he says this is happening almost entirely among people who are unvaccinated against the virus, as more contagious variants of concern become dominant strains.

According to the Manitoba COVID-19 Cases and Risk Dashboard, 86 per cent of people hospitalized for COVID-19 hadn’t been fully vaccinated, while the number of people in ICUs for COVID-19 treatment across the province who had been vaccinated against the virus remains at zero.

The total number of deaths due to COVID-19 in Manitoba is now more than 1,200.