Snow in Parts of Manitoba Knocked Out Power 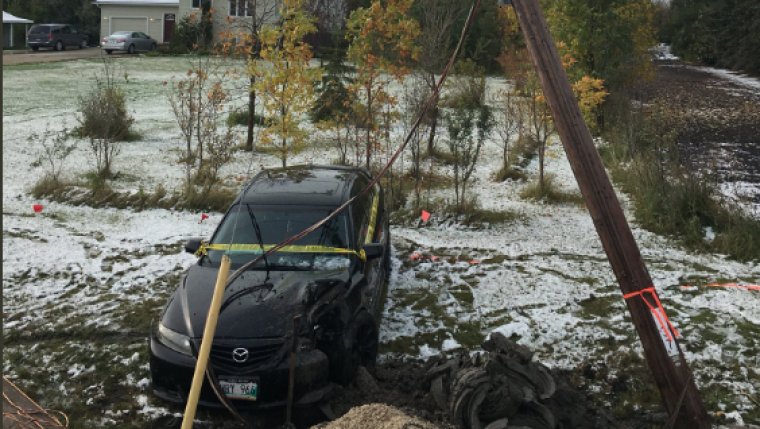 WINNIPEG - Snow arrived in Manitoba Saturday and made it's presence known by knocking down power lines and cutting power to thousands.

Sunday Manitoba Hydro crews were working to restore power in a number of areas across Manitoba thanks to Saturday’s snowfall. 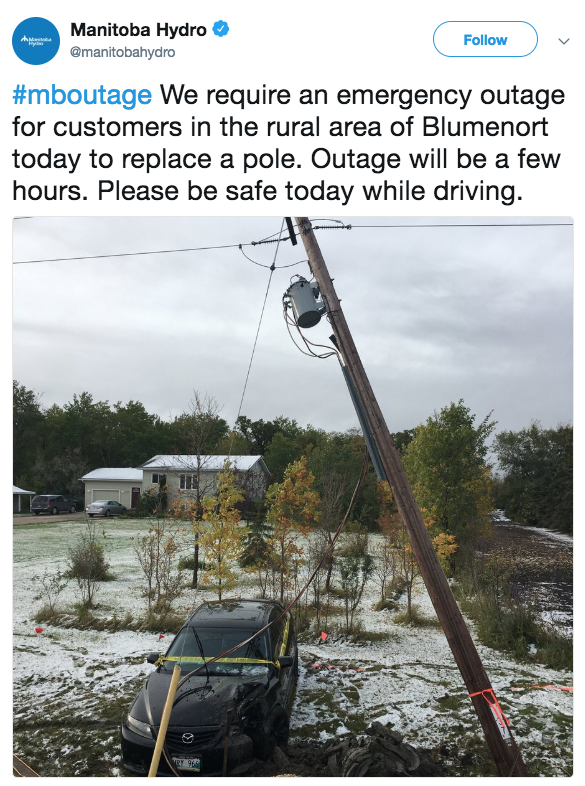 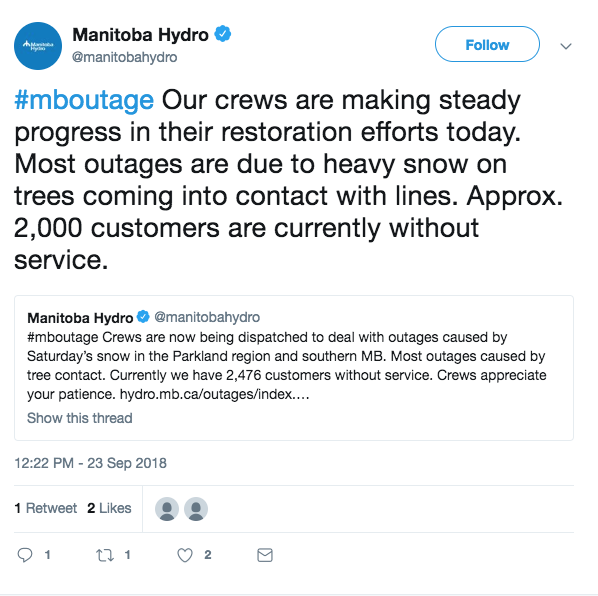 Around 2,400 outages had been reported as of Sunday morning. The areas impacted most include the Parkland region, southern Manitoba west from Neepawa through to south Winnipeg and the Steinbach area.

Most of the outages happened because of heavy snow on trees, then those trees bend and contact power lines. There were a number of downed power lines that crews were working on throughout the impacted area.