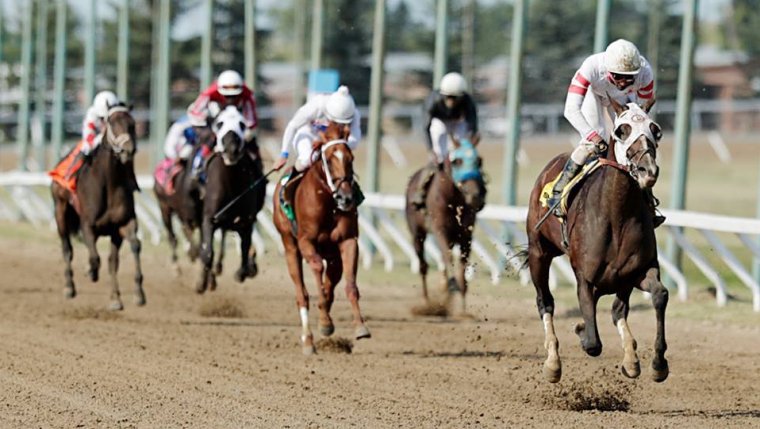 Sky Promise turned out to be worth every penny of its owners’ $40,000 investment.

On Monday afternoon, in front of a near full-house at Assiniboia Downs, Sky Promise with veteran Northlands Park rider Rico Walcott in the irons, beat a solid field of seven other colts and geldings to win the 70th running of the $75,000 Manitoba Derby. 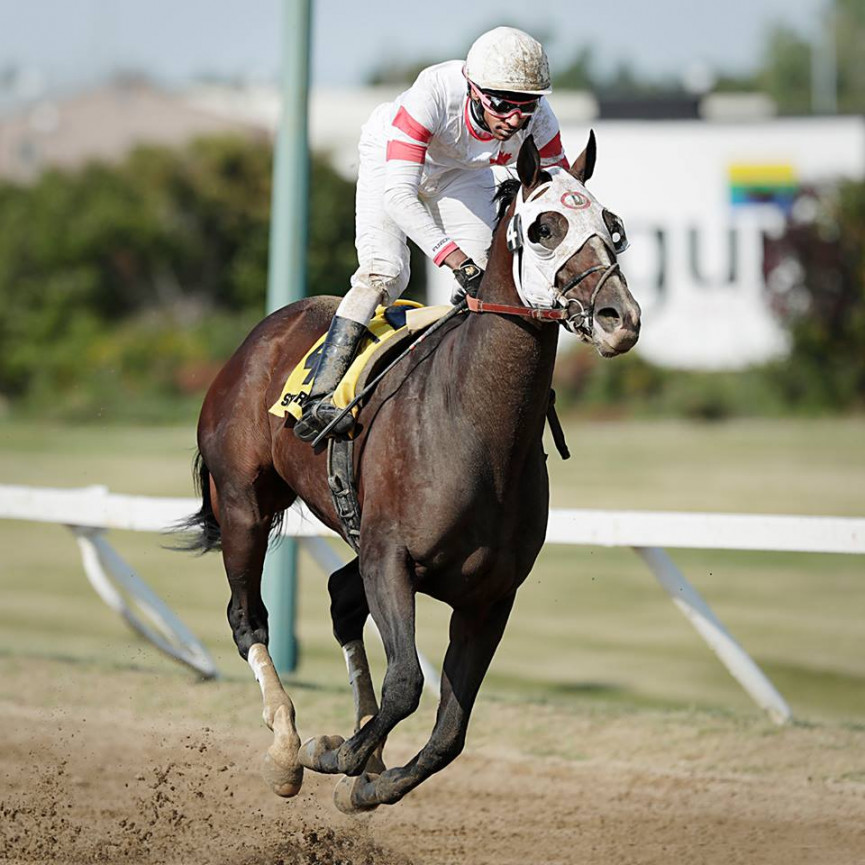 Sky Promise was a recent claim for $40,000 at Churchill Downs in Louisville, Ky., by his owners. Albertans Rick Wiest, Clayton Wiest, R6 Stable and Norman Tremblay. Turns out, it was a terrific investment.

Sky Promise sat way back at the rear of the pack with local gelding Pete Warwick for the better part of the mile and one-eighth race before making a monster move just before the final turn to go on and win by 7 ½ lengths.

“I didn’t know the horse at all, but the trainers told me to take him out chilly (slowly),” said Walcott. “So I took him out chilly and sat at the back with (Pete Marwick rider Adolfo) Morales and then at the end of the back stretch we both asked for a little more.

At the three-quarter pole, Sky Promise was eighth in an eight-horse race. However, by the time he reached the stretch, he had a lead of a length of and a half and extended that lead to the finish line with every stride.

“I ran with him for most of the race and tried to get in front of him at the three-quarter pole,” said Morales. “But I just didn’t have enough horse. Sky Promise was too good today.”

Another invader, United Patriot, out of Canterbury Downs finished second. United Patriot is a three-year-old chestnut gelding owned by Robert G. Nokes and Robert Nokes and was ridden by Rigo Sarmiento.

The leading local horse, Pete Marwick, was a surprise third-place finisher. Going off at 10-1, the three-year-old bay gelding owned by Al Johnson and trained by Gary Danelson, shadowed Sky Promise for most of the race until Sky Promise just left the field in his dust at the top of the stretch.

Sky Promise paid $7.20 to win, $3.30 to place and $3.10 to show. United Patriot paid $4.00 to place and $4.10 to show and Pete Marwick paid a very nice $6.80 to show. Gato Guapo was fourth, local favorite Candy Giant was fifth, another local star Zack Ridge Road was sixth while invaders Eaglebine and Fortified Effort finished seventh and eighth.

It was the biggest weekend of the year at Assiniboia Downs with three stakes races on Friday and Saturday, an all-day music concert on Sunday and the big race on Monday. Manitobans certainly responded on Monday with a huge crowd and long betting lines. The big race was certainly thrilling until Sky Promise took over. As Derby Days go, it was one of the best.