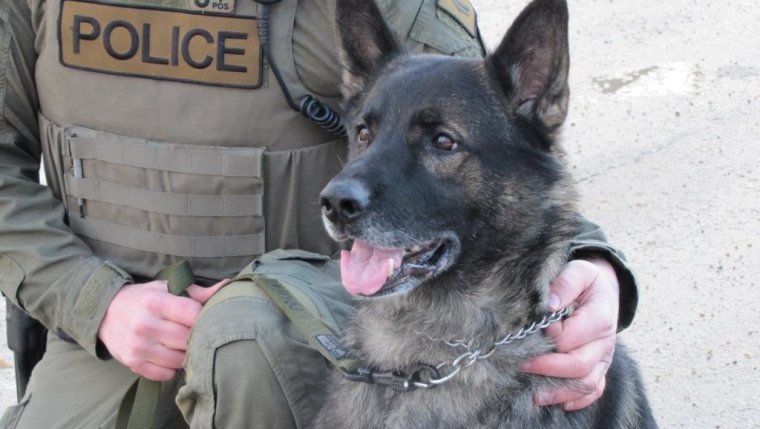 WINNIPEG - The RCMP called in a Police Dog "Genie" to locate a suspect that lead police on a short pursuit and foot chase.

Monday morning Mounties attempted to stop a pickup truck that was speeding in the community of Treherne.

During the short pursuit, the suspect vehicle hit the police car and forced both vehicles into the ditch. The suspect continued to drive until he reached a dead-end road and took off on foot. He was eventually found by Police Dog “Genie” out of Brandon.

Police have charged 28-year-old Tyler Lucas Middleton, from the RM of Grey, with Dangerous Operation of a Motor Vehicle, Flight from Police, Assault PO with a Weapon, and Impaired Driving.