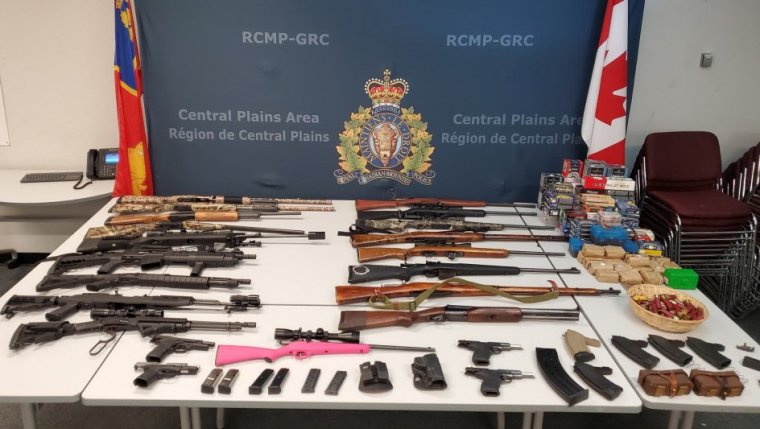 WINNIPEG - One of them may have been pink, but they were all spooky. RCMP say a report of a gunshot fired at a gathering on Halloween resulted in the seizure of over 20 guns from a Manitoba home.

Mounties in Portage la Prairie say they received a report that someone had just shot a gun in the railway stop community of Bagot, Manitoba, 20 minutes west of the city. An initial investigation determined a man fired a handgun after leaving a social gathering.

While nobody was injured, a 34-year-old local man was arrested, and a search of the home turned up 24 firearms, including handguns, rifles, and shotguns, as well as ammunition and prohibited magazines.

The man is facing several charges related to the possession, storage, and use of firearms, and was released on a promise to appear in court.