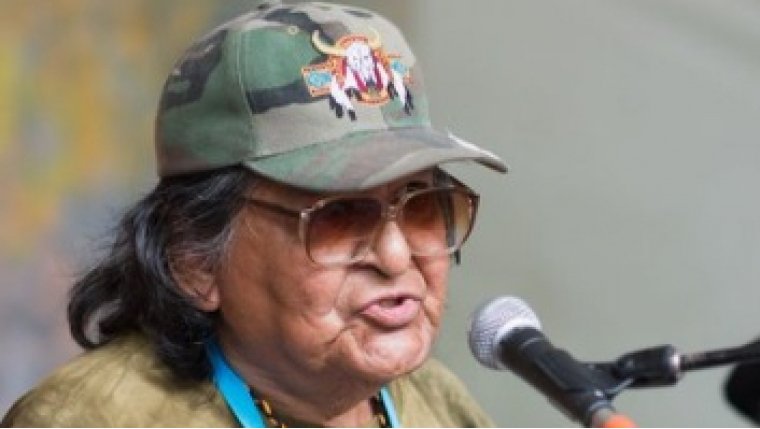 WINNIPEG - A trailblazer of Manitoba’s Indigenous music scene has died following a battle with COVID-19. Singer-songwriter Curtis Jonnie, known by many as Shingoose, a member of Roseau River Anishinabe First Nation, was born in Winnipeg and was adopted by a family in Steinbach during the Sixties Scoop. After years of singing in choirs, his decades-long music career started in the late 1960s, and he collaborated with Canadian folk musician Bruce Cockburn on his 1975 debut record Native Country.

Throughout his life Jonnie was involved in advocating for Indigenous issues and culture, using radio, live theatre, and television, and in the ‘80s was the host of a First Nations program on CKND. He was inducted into the Manitoba Music Hall of Fame in 2012, and was nominated for a Grammy in 2014 for his work that gathered hard-to-find music by Indigenous artists.

Jonnie performed several times at the Winnipeg Folk Festival between from 1975 to 2016. Festival organizers say his death is heartbreaking.

We are heartbroken to hear about the passing of Curtis Jonnie, also known as Shingoose. He played the Winnipeg Folk Fest 7 times from 1975 to 2016 & was an integral part of the festival. His family & friends are in our thoughts through this very difficult time. Rest in peace. pic.twitter.com/FT69UyJpA9

Jonnie moved to Southeast Personal Care Home in Winnipeg after a stroke in 2012, and family members say he had recently been in critical condition with the coronavirus. He was 74.