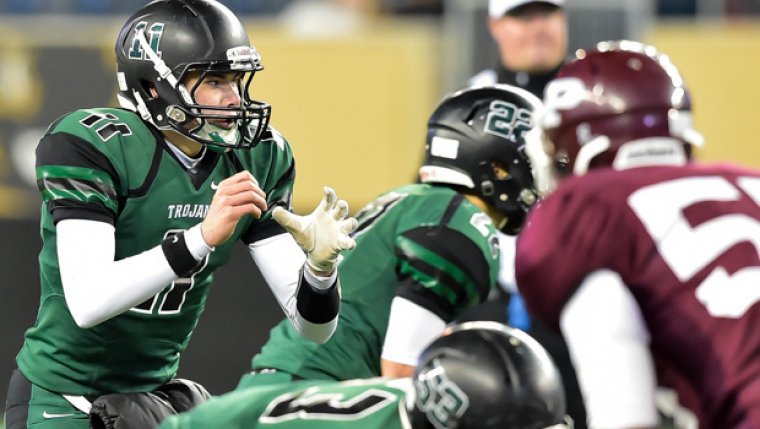 A group 45 of Canada's top players plus 10 more players who are on the reserve roster, were named to the team which will play at the 2018 World Junior Championship in Mexico City in July.

The International Federation of American Football (IFAF) World Junior Championships was won by Canada in 2016 in Harbin, China. Before that, Canada won gold at the 2012 tournament and also won a pair of silver medals at both the 2009 and 2014 Championships.

Joining Dueck, Adamson, Williams and Weekes on the team will be UND freshman OL Rain Slater (St. John’s) and University of Calgary freshman linebacker Tyrece Viner-Cox (Garden City). Massey graduate Eryk Bujalski, who has committed to McMaster University, has been named to the reserve roster.

“With seven players on this roster that’s 13 per cent of a national team out of the Winnipeg High school Football League,” said WHSFL commissioner Rick Henkewich. “The WHSFL is one of the best high school football leagues in Canada and we’re very proud of the athletes and young men and women that we send out into society.

“These young men named to Team Canada are not only outstanding football players but also of the highest possible character.”

Canada’s roster will consist of 33 players competed at the 2018 International Bowl in Arlington, Tex., in January. The other 12 players helped Canada defeat the United States 44-26 in the under-18 game at the same event.

The Manitobans on this roster are among the best university players in the country. Adamson, Weekes and Williams all got plenty of snaps as freshmen at the U of M last season. Dueck meanwhile, put up solid numbers in his freshman season at McMaster. Playing in all eight games as the backup to starter Jackson White, he completed 25 of 51 pass attempts for 214 yards and two TDs.

Brody Williams, meanwhile, was in the Top 50 in all of USports in tackles with 31 in his freshman season. He also had 14 assists and a forced fumble.

This year, the 6-foot-4, 315-pound Slater will head from St. John’s to the University of North Dakota. He is expected to start on the offensive line.

“This young guys are all great players,” said Henkewich. “You can see how their training in the WHSFL has not only set them up for their university careers, but has also made them desirable to our National Team coaches.

“I'm very excited about this roster for Mexico City,” said Sumarah. “We have a great mix of under-19 and under-18 players from this past year's International Bowl. Some guys really stepped up and showed their worth for this program. It's going to be exciting come July to have all of these guys together and to put forward the best team we have to represent our country.”