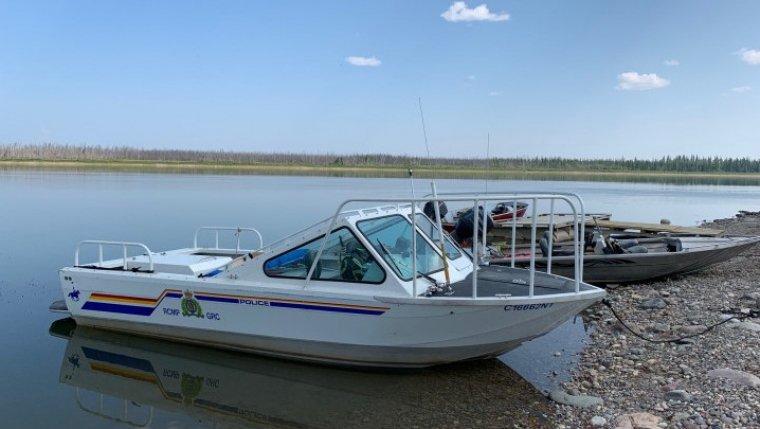 WINNIPEG - RCMP say a 61-year-old angler who faced a health emergency was pulled from the icy waters of Lake Manitoba by two bystanders who heard him yelling for help. Interlake Mounties say they received a call earlier this past week about a man who had gone overboard while fishing off the shores of St. Laurent, an hour northwest of Winnipeg.

The caller told them she heard a man in the water calling for help, and two people were already on their way to rescue him. The pair had grabbed a canoe from shore and paddled out to help the man, who police say was clearly in medical distress. He was retrieved from the water and treated on shore before being taken to hospital.

The man, from Beausejour, told officers he’d been fishing in his canoe when he tried to move some gear, lost his footing, and fell into the water. He tried to get back in the boat, but within minutes, the cold water took away all his strength, he could only call out for help.

The local RCMP Detachment Commander says if it hadn’t been for the three people nearby, the situation could have ended tragically. "With the current temperature of the water,” Sgt. James Munro says, “these three only had minutes to act and respond, and thankfully they did."

University of Manitoba cold weather expert Dr. Gordon Giesbrecht says water pulls heat from the body 25 times faster than air of the same temperature. Giesbrecht says by staying calm after falling into water and keeping as much of the body above the surface as possible, shock will wear off in about a minute. Most people then have 10 minutes to try to rescue themselves before the cold impacts movement, and an hour before unconsciousness hits from hypothermia.