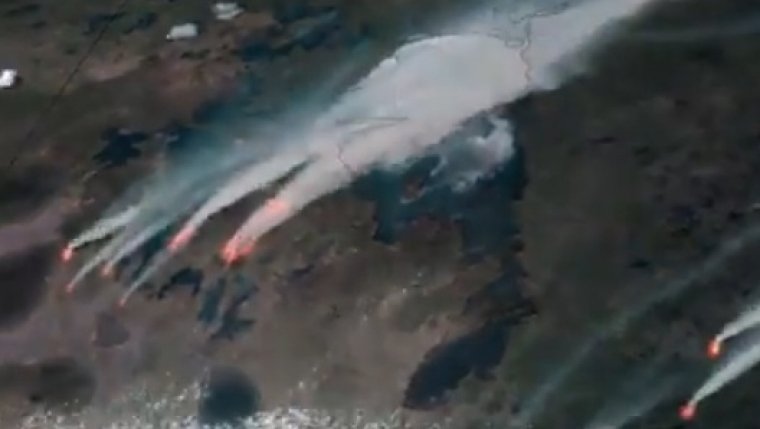 WINNIPEG - The United States Oceanic and Atmospheric Administration is showing Manitobans a visual representation of our chilling song of ice and fire, with spectacular satellite video of wildfire smoke plumes billowing around a frozen Lake Winnipeg.

️ zoomed in on a scene of ice and fire in Manitoba and Ontario, Canada.
As wildfire smoke plumes billow around a frozen Lake Winnipeg in this GeoColor imagery, the satellite also helps us see where the fire's hot spots are (red). pic.twitter.com/Wj813mueaP
— NOAA Satellites (@NOAASatellites) May 20, 2021

The images come after a winter storm in the Churchill area shut down schools, roads, and grocery stores, and as firefighters cling to hope that recent scattered showers will help their efforts to put out blazes in central and southern Manitoba. But Environment Canada says it’s difficult to predict exactly how much will end up falling, and air quality alerts due to smoke remain in place across all of southern Manitoba, including Winnipeg, Steinbach, Brandon, and Selkirk.

Meteorologists expect that the cold front will continue to bring with it a major shift in southern Manitoba weather, after several days of highs in the 30s that prompted heat warnings from Canada’s weather agency. That shift will see several cloudy, cold, and rainy days, possibly lasting right into Tuesday, although we’ll get a bit of a break Saturday night, and a high of 18 C on Sunday.

We'll see wind gusting to 50 km/h today and a risk of a morning thunderstorm tomorrow.