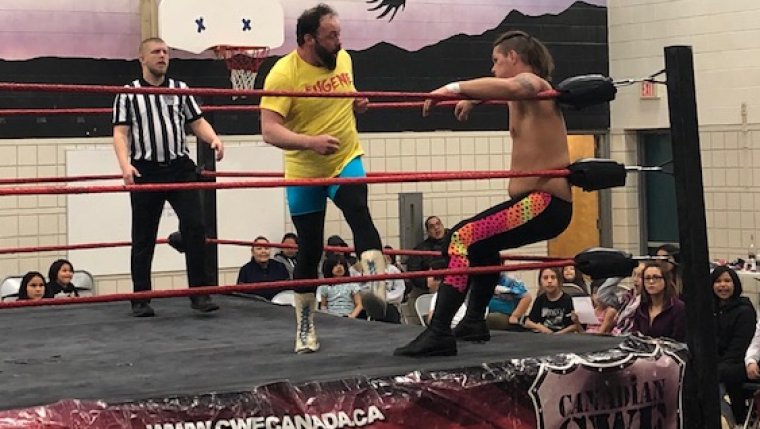 MANITOBA - An important component of the success of Canadian Wrestling's Elite across the country has been the involvement of the promotion in community programs and development. CWE returned to a familiar stop, Roseau River Anishinabe First Nation, to participate in "I Love To Read Month" at Ginew School on Thursday morning, with the stars doing playful readings to the younger grades. “I Love to Read Month” is held each year across Manitoba to encourage reading, writing, and sharing in the joy of literacy.

After a delicious home-cooked lunch for the crew, an afternoon of exciting pro wrestling action hit the gym to thrill all the kids - and the grown-ups too, with many parents and grandparents dropping by with school staff to enjoy the drama and athletics. 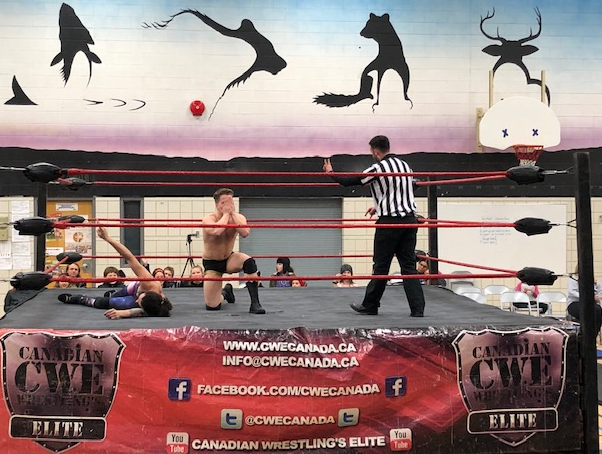 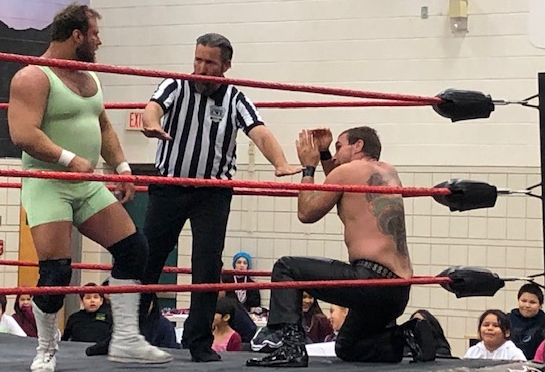 A perennial champion in CWE rings, "Hotshot" Danny Duggan, held on tight after rolling up "The Mastermind" Kevin Cannon in a schoolboy for a popular 3 count over the mouthy bully in the second match. 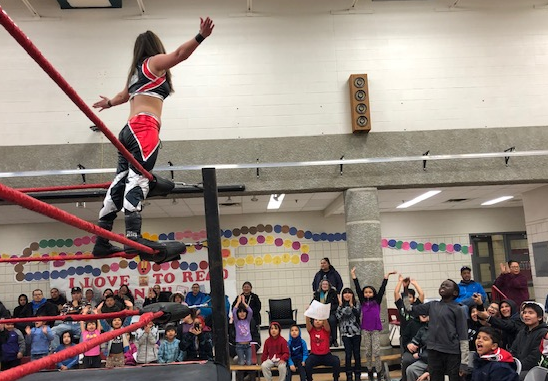 The next bout had the crowd screaming right from the introductions. The special attraction pitted two of the country's rising women competitors, young Zoe Sager of Edmonton in a rematch of her Canada Day contest at CFB Shilo against "The Masterpiece Of The East" Alix Zwicker. This match stole the show. 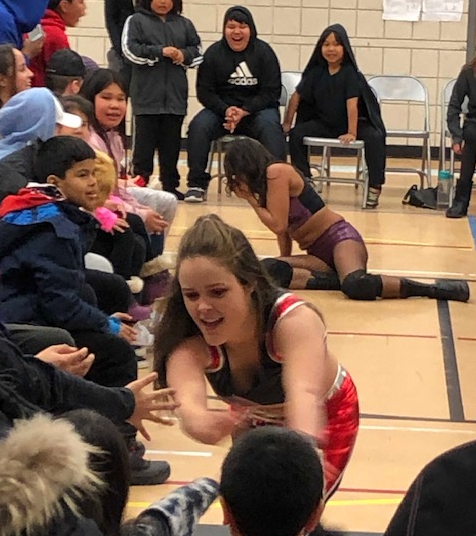 Sager exhibited incredible charisma and kept pace move-for-move with the veteran Zwicker, and was swarmed for 5 minutes at ringside by the ecstatic students celebrating her convincing pinfall victory. 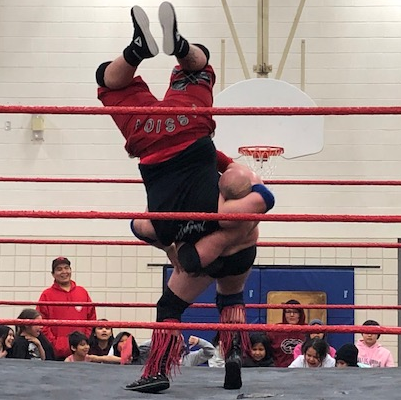 The CWE Tag Team Champions, "Canadian Strong Style" Rob Stardom & "The Rebel" Bobby Collins retained their laurels against the duo of "Misfit" Mike Mission & DRAGNEEL representing The Degenerates. A brainbuster suplex by Stardom spelled the end of the vicious challengers' quest for gold in the 4th contest of the day. 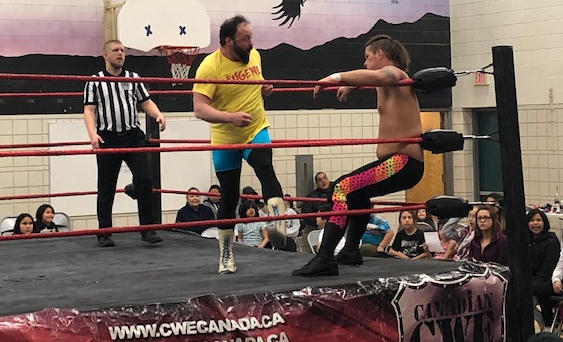 In the main event, former WWE Tag Team Champion EUGENE not only won an Ojibway vocabulary contest - but then defeated "The Headline" Shaun Martens, whose arrogance created the opening for the fan favorite to out-punch and out-smart the upstart. After the card ended EUGENE and rest of the locker room mingled with the fans and signed 8 x 10's for the kids, and for Ginew School to put in a permanent display.

[ Marty Gold, aka “Dr. Marty Goldstein", has been in the professional wrestling industry as a TV commentator, writer, producer, referee, manager and wrestler since 1980, and was chosen by the Manitoba government to be their pro wrestling safety consultant. To support his independent sports and news reporting, you can contribute via paypal.me/MartyGoldMedia. ]