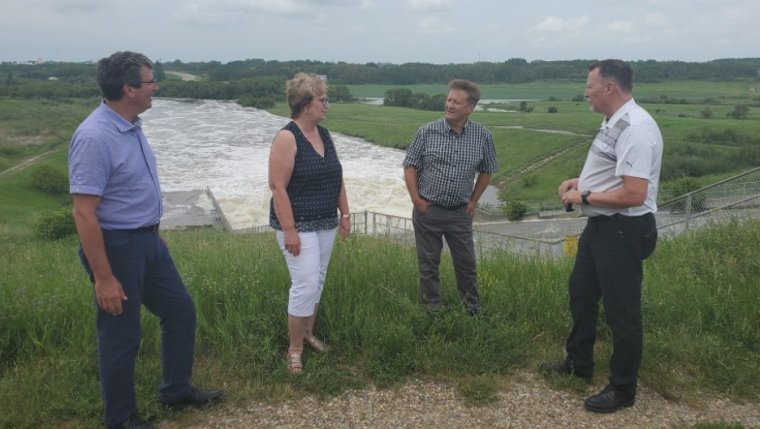 WINNIPEG - All the rain this week in southwestern Manitoba has the province worried about the Rivers Dam.

People and livestock on 30 to 40 properties near the Little Saskatchewan River are being asked to evacuate.

Infrastructure Minister Ron Schuler toured the area including the dam just the other day. He says this decision comes out of an abundance of caution and is based on engineering assessments.

The government says it doesn't have confidence in the dam which is facing unprecedented flows. Engineers say there's potential for a structural failure.

Premier Brian Pallister has tweeted "Our thoughts and prayers are with all those in southern Manitoba under a flood warning and high water advisory - stay safe."