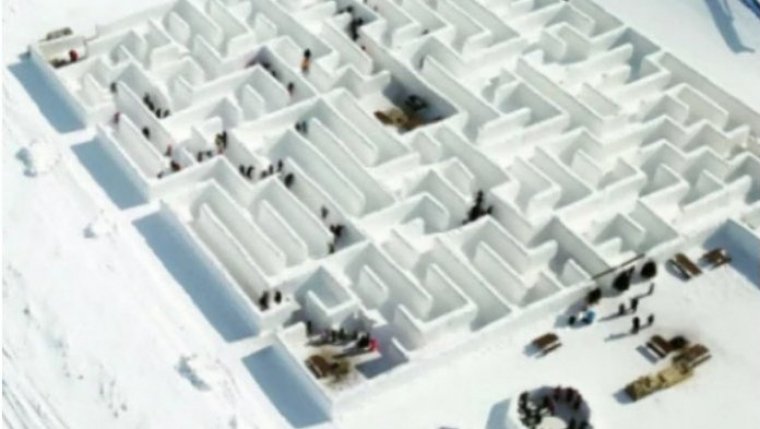 WINNIPEG - Two Guinness Record breakers, known for bringing joy to Manitoba families amid pandemic lockdowns, are wrapping up another successful season, with one shut down today, and another gearing up for its final amazing weekend, as mild weather begins to melt them.

Winnipeggers enjoyed their final skate on the Winnipeg Foundation Centennial River Trail to start the week, as Forks North Portage Corporation announced its closure today. The outdoor skating trails on the Red and Assiniboine rivers had a delayed start due to warmer-than-normal weather. After finally opening on January 12, the trails were enjoyed for just under seven weeks. The River Trail set a Guinness World Record in 2008 for the world’s longest naturally frozen skating trail, and later broke its own record.

The world’s largest snow maze is also getting ready to call it a season. A Maze in Corn is inviting Manitobans one last chance to get lost in the snow this week. Creator Casdon Masse says today’s a great day to enjoy the maze, with warm weather on the way - and says this weekend looks like it’ll be their last. In fact, the weather will be so warm on Saturday & Sunday, Masse is recommending footwear appropriate for slushy conditions.

Environment Canada says Winnipeg will feel highs between -1 C and 9 C this week, reaching +10 over the weekend.