Riffles President Steps Down After Post About P.K. Suban 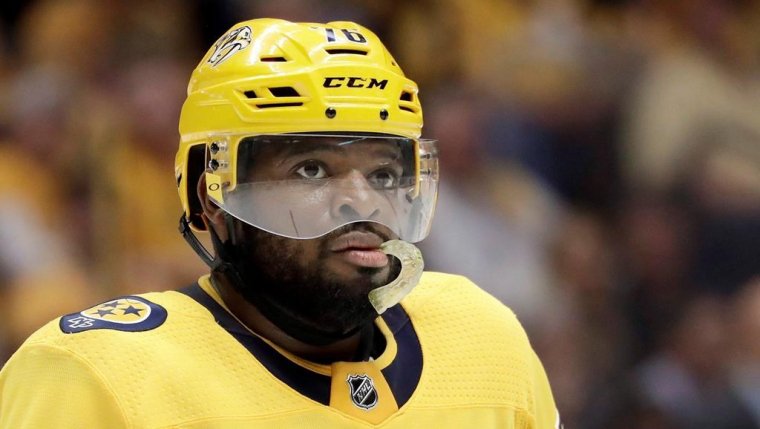 WINNIPEG — The president of the Winnipeg Rifles of the Canadian Junior Football League has resigned after writing a Facebook post that made reference to Nashville Predators defenceman P.K. Subban.

Todd Wilson posted an image Saturday night of a beer vendor working at Winnipeg’s Bell MTS Place as the Jets were playing the Vegas Golden Knights in the opening game of the Stanley Cup Western Conference final.

The vendor appears to be black; Subban is black.

The caption reads: "Two nights ago he was in game 7. Tonight PK Suban (sic) is selling me beer" in reference to the Jets’ downing of Nashville in the second round of the playoffs.

Wilson, who is also the league’s deputy commissioner, apologized in a statement on the league’s website, saying it was a poor attempt at humour and that he took it down right after the game.

The Rifles football club said in a statement issued Sunday on its website that Wilson’s resignation was effective immediately.

"It appears that some people interpreted the post as something other than it was intended," Wilson said in his statement. "I sincerely apologize for the post and please understand that my comments do not represent any of the organizations that I volunteer with."

League commissioner Jim Pankovich said in a statement on the same website that Wilson’s comment offended several individuals and groups, and is not consistent with the values of the junior football league.

"The CJFL does not support or stand by the comments and we want to offer our apologies to anyone who was hurt by the immature behaviour," he said.

Rifles vice−president Dale Driedger, who has taken over as president, said in a statement on the team’s website that the culture of Winnipeg’s amateur football community is about diversity and that the posting is out of step with what the team instills in its players.

"Ours is and will always be a welcoming environment for any young person wanting to become involved in minor football," said Driedger, who has served on the Rifles board since 2015.

This is not the first time Subban has been the subject of racial comments during the playoffs.

In 2014, the Boston Bruins denounced fans who posted comments on social media targeting the then−Montreal−Canadiens defenceman after he scored in double overtime.

Earlier this year, his father, Karl Subban, wrote a letter in support of efforts to have Willie O’Ree, the first black player in the National Hockey League, inducted into the Hockey Hall of Fame.

Subban said O’Ree, who stepped onto the ice with the Boston Bruins in 1958, was a "pioneer and a trailblazer" whose story must not be forgotten.

"Willie achieved in the face of adversity. He changed the game and he changed society and he changed minds,’’ he wrote. "He has made it possible for my boys to have the NHL dream and to believe they could achieve it. He changed hockey which is now for everyone. Hockey needed him and so does the Hockey Hall of Fame. The time is right!’’

Besides P.K., Karl Subban has two other sons who play professional hockey — Malcolm, a goalie with the Vegas Golden Knights and Jordan, a defenceman in the American Hockey League.