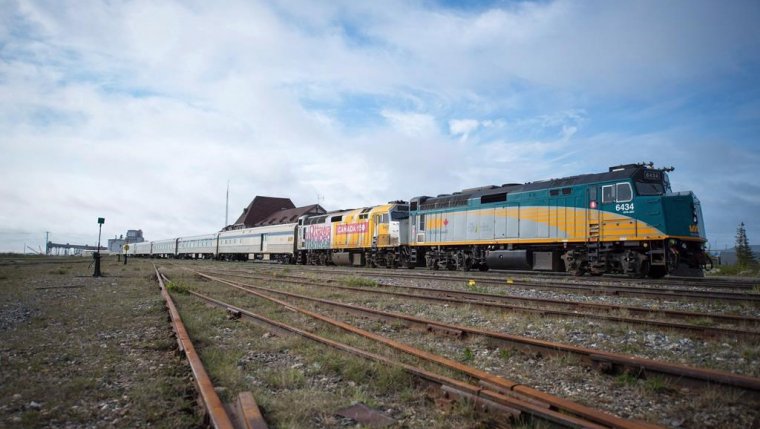 WINNIPEG — Federal regulators have ruled that the owners of a broken rail line to Churchill were wrong not to repair the track that kept the northern Manitoba community connected to the outside world.

The Canadian Transportation Agency said in a ruling released Friday the Hudson Bay Railway Co., owned by Denver−based Omnitrax, has a legal obligation to fix and maintain the line.

"The (Canada Transportation Act’s) long−standing rail level−of−service provisions reflect the public duty of railway companies to provide service on the railway lines they own or operate," the 11−page ruling states.

"The agency finds that since November 2017, HBR has been ... in breach of its level of service obligations."

The line is the only land link to Churchill, on Hudson Bay, and was severely damaged by flooding in May of last year. Omnitrax said it could not afford the tens of millions of dollars needed to repair the line and rejected demands from the federal government to fix it.

For the last year, goods and people have had to be flown in at much higher cost. Tourism to the subarctic community of 900 people, known for its polar bears, has been hit hard.

Since last year, Omnitrax has been negotiating a deal to sell the rail line to a consortium of northern communities, including Churchill.

Manitoba’s Opposition New Democrats filed the complaint with the federal regulator, which ruled Omnitrax must start repairs by July 3 and provide regular updates on its progress.

"If Omnitrax hangs on to the rail line, they’ve got to fix the rail line and the clock is ticking," NDP Leader Wab Kinew said Friday.

Omnitrax has 30 days to appeal the ruling. The company refused to comment Friday and said it would spell out its position early next week.

The decision may be moot, because Omnitrax reached an agreement in principle last month to sell the railway, along with the Port of Churchill, to the northern consortium.

Churchill Mayor Mike Spence said Friday the deal, which would leave the new owners the responsibility for repairs, is close to complete, and the regulatory ruling doesn’t change anything.

"We’re focused on finalizing the deal ... we’re hoping to have this done within a couple of weeks."

Kinew said the ruling vindicates his party’s decision to take up the fight with Omnitrax. The Progressive Conservative government failed to take action, he said.

"They threw up their hands, they said ’There’s nothing that we could do’, so we took action."