RCMP VIDEO - Semi Driver in Collision on His Cell Phone 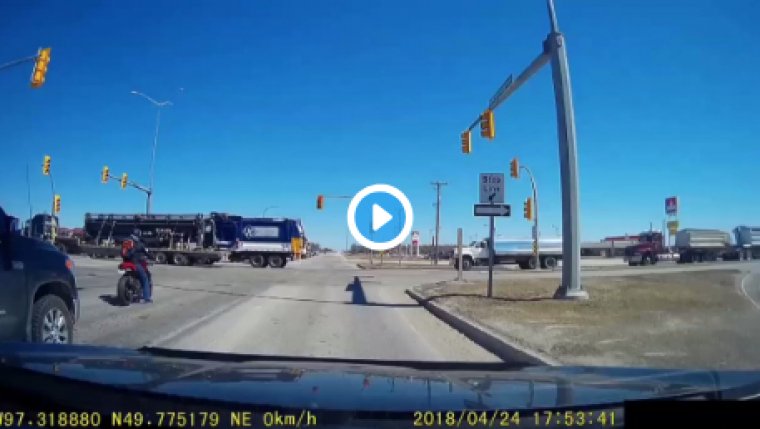 WINNIPEG - A Manitoba semi-driver was clearly not paying attention and is now facing charges and a $406.00 fine.

Mounties said several witnesses saw the 50-year-old semi driver on his phone in the intersection. The driver has been charged with distracted driving and running the red light. Total fine to be approximately $406.00.

He could have died. Thankfully, the motorcyclist only received minor injuries after this collision. Several witnesses saw the 50yo semi driver on his phone in the intersection – he’s charged w distracted driving & running the red = $406. #TrafficTues #rcmpmb pic.twitter.com/4zbjKdowla
— RCMP Manitoba (@rcmpmb) May 1, 2018