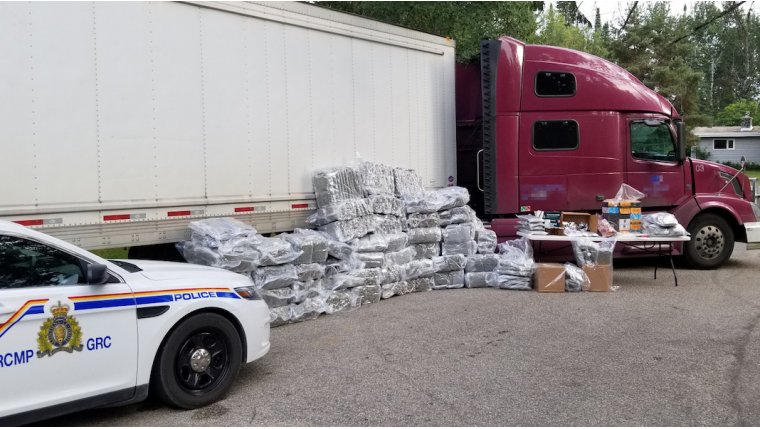 WINNIPEG - An traffic stop by Manitoba RCMP leads to the largest marihuana seizure in Canada.

Last Sunday, July 22nd a RCMP officer stopped a commercial semi-trailer on the Trans-Canada Highway at Westhawk. The stop was initiated to conduct a regulatory inspection of the driver’s paperwork. These checks are done to ensure safety of commercial vehicles and their loads as commercial vehicles are involved in approximately 20% of road fatalities every year in Manitoba.

When the officer stopped this vehicle and checked the driver’s paperwork, several discrepancies were found. The load was then examined by several RCMP in order to try and resolve those discrepancies. When the Mounties opened the trailer, they found 925 pounds of vacuum-packaged marihuana as well as 75 pounds of cannabis shatter, oils, and edibles hidden among the legitimate load of food products. 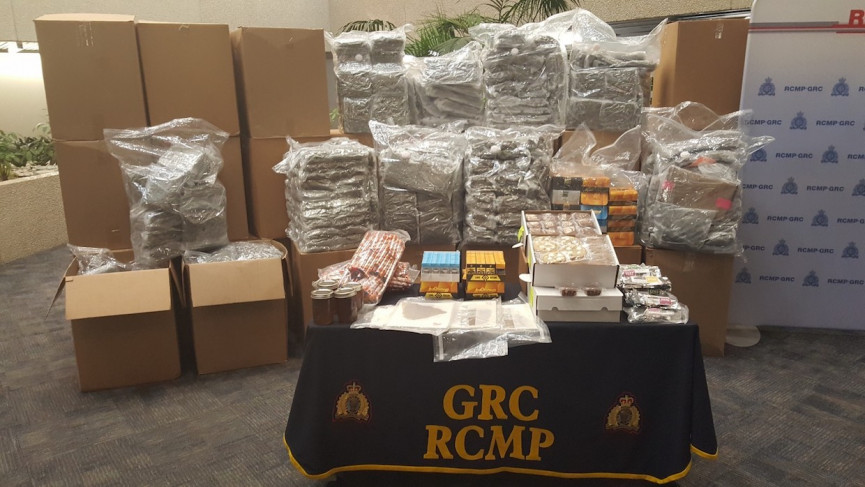 The driver, Claudiu Huber, 46-years-old, from Agassiz, BC, was charged with Possession for the Purpose of Trafficking and Trafficking a Controlled Substance.

The semi-trailer load originated in lower mainland, BC, and was destined for southern Ontario.

This seizure is the largest marihuana seizure through a traffic stop in Canada since 2015.