RCMP Seized 2 Motorcycles, One Doing 202 km/h & The Other For Careless Driving 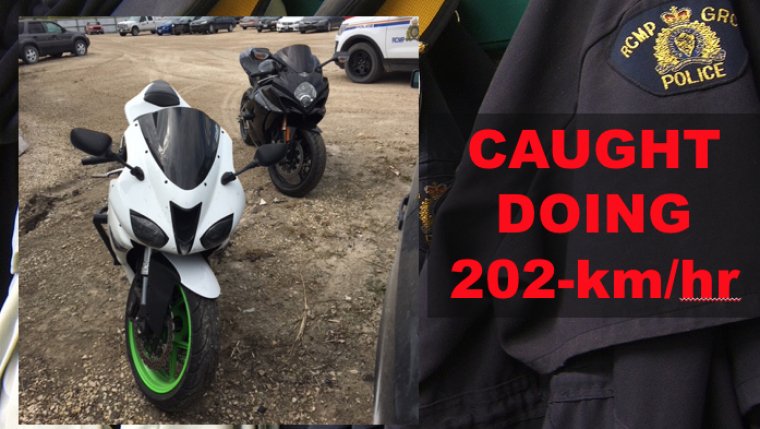 WINNIPEG - Last Friday night RCMP in Steinbach impound two motorcycles they caught travelling at 202 km/hr in a 100 km/hr zone on Highway 52 between La Broquerie and Steinbach in the RM of La Broquerie.

Mounties fined a 21-year-old man from Steinbach $1385. He was also issued a Serious Offence Notice, and had his driver’s licence and his motorcycle seized.

A 20-year-old man from Steinbach was charged with Drive Imprudently, Fail to Stop, Drive Carelessly, Drive Unregistered Motorcycle, Driving with an Invalid Licence. A Serious Offence Notice was issued, and his licence and motorcycle were seized.