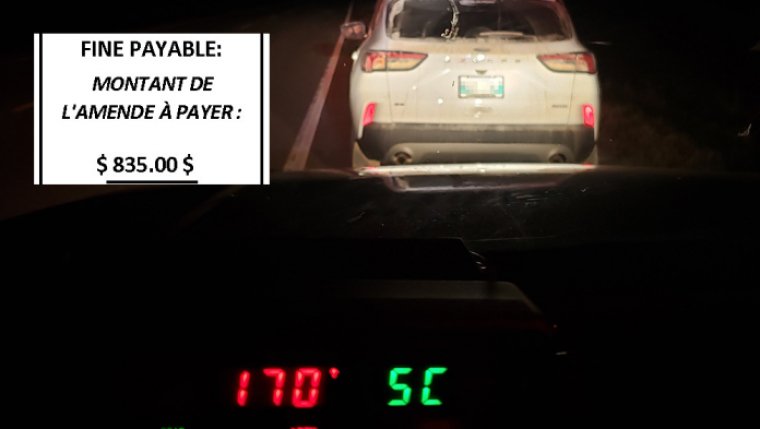 WINNIPEG - Manitoba RCMP say one of the two teenagers recently accused of extreme speeding explained he was running late for a practice session at the rink, while the other teen speeder was on a learning curve of a different kind.

Mounties say they pulled over a 17-year-old boy who said he was speeding to skate practice and was going to be late. Officers said the Mitchell-area driver was racing at 140 km/h, 60 km/h over the “clearly marked” 80 km/h speed limit. “Likely ended up being really late,” an RCMP Manitoba spokesperson noted. Police say the teen was fined $835.

Just two days later, police say they were parked on Highway 83 near Asessippi Provincial Park in western Manitoba when a vehicle driven by a 16-year-old holding a Learner’s license sped past them at 170 km/hr. Officers note the speed limit on that stretch of road, also “clearly marked,” is 100.

Both young motorists were given serious offence notices, which means their licences are now under review.