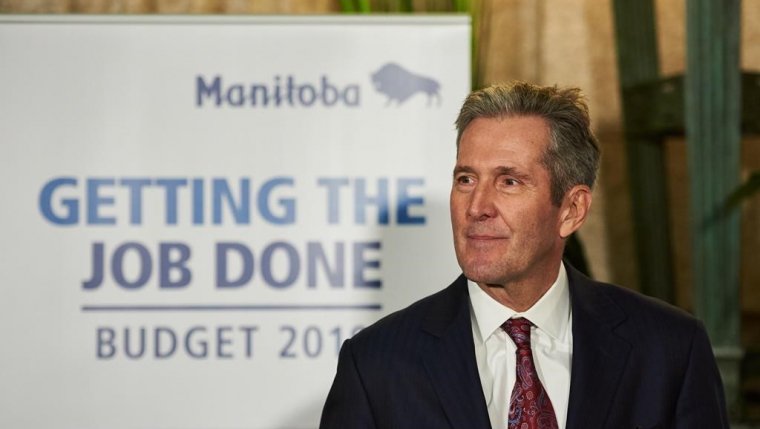 WINNIPEG — Manitoba Premier Brian Pallister says his long−promised cut to the provincial sales tax will take effect July 1, even if the opposition delays the legislation that enacts it.

Opposition parties in the Manitoba legislature are allowed to choose up to five bills each spring and hold them back until the fall. Pallister said Friday his government will make the cut effective as of Canada Day, even if the bill is still before the legislature.

"Just as the NDP did," Pallister told The Canadian Press, pointing to 2013 when the then−NDP government raised the sales tax to eight per cent from seven on July 1, even though the Progressive Conservatives opposition delayed passage of the relevant bill until December.

"We stayed here through the long hot days of the summer on principle, opposing their attempt to break their word to Manitobans. But they still imposed the (tax) hike."

Pallister promised to reverse the tax increase during the 2016 election campaign. On Thursday, the government introduced a budget that, among other things, would bring the sales tax back down to seven per cent.

Opposition NDP Leader Wab Kinew said Friday his party has not yet decided whether to delay the budget bill, which would also change some income tax measures and eliminate a subsidy to political parties.

"We want to see what else this government’s legislative agenda looks like," Kinew said.

Kinew acknowledged the government has the ability to enact the tax cut as scheduled, regardless of his efforts.

It’s common for governments to raise taxes on items such as tobacco and fuel immediately on budget day, even though the budget bills are not passed into law for weeks or months.

But last year, the NDP delayed a bill that would have enacted a provincial carbon tax beyond the initial Sept. 1 start date. The government reacted by pushing back the start date to December and later, in a dispute with the federal government, abandoned the tax altogether.

Kinew and Liberal Leader Dougald Lamont have already indicated they will vote against the sales tax cut, although they cannot block it due to the Progressive Conservative majority in the legislature.

Kinew said the tax cut is coming at the expense of proper funding for health care, education and other programs.

Pallister said the cut will put a little extra money in people’s pockets.