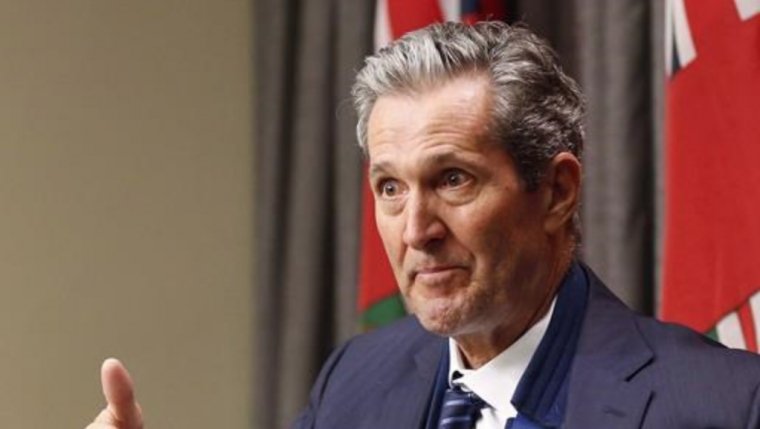 WINNIPEG — A year after he was seriously injured on a wilderness hike in New Mexico, Manitoba Premier Brian Pallister has apparently conquered the same trail.

Pallister’s press secretary says the premier and his wife, Esther, completed the Rain Creek−Mogollon Trail on Tuesday and also thanked first responders and hospital staff who helped him last year.

A New Mexico media outlet, The Grant County Beat, has published photos of Pallister handing out a Canadian flag, a Winnipeg Jets jersey and other items to hospital staff this week.

Last November, Pallister got lost on the same hike and fell down a ravine in the dark.

He fractured his left arm in several places before he was rescued, spent the night in hospital, and had his arm in a sling for months afterward.

Pallister had said he planned to return to the area to complete the hike in the Gila Wilderness — a remote protected area with limited roads, amenities and cellphone coverage.

Unlike last year, the Pallisters walked together this time, the Grant County Beat reported.

Last year, thinking the trail would be a short day hike, Pallister dropped his wife off at the north end, drove to the south end and started walking toward a meet−up point halfway.

The trail was much harder than expected, Pallister later said. It was covered in some areas by downed trees and washed out in others by earlier flooding. As sunset came and the desert temperature dropped, Pallister got lost.

His wife had passed him at some point and she made it to the trailhead where he had started and reported him missing.

Eventually, Pallister said, he saw a police spotlight, called out and walked toward it.

It was at that point he started sliding down an embankment out of the spotlight’s range and broke his arm.