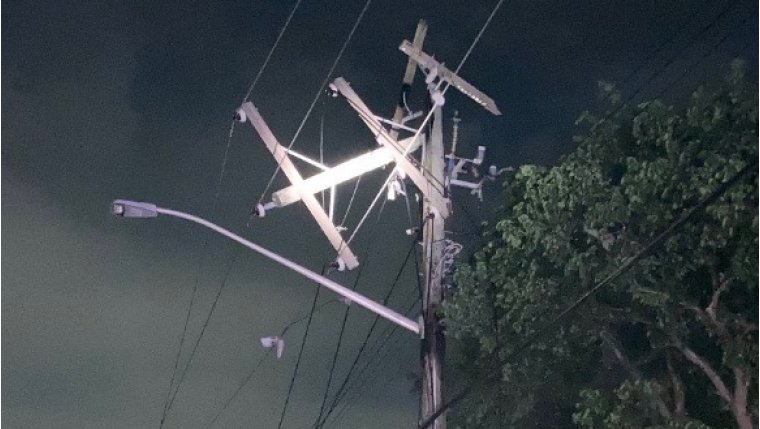 WINNIPEG - A powerful storm that rolled across southern Manitoba on the weekend caused a power outage that left 11,000 Manitoba Hydro customers without electricity.

The utility says St. Vital in Winnipeg and Steinbach were the hardest hit areas.

In Niverville, the town's new roof on the old arena was peeled off by strong winds.

According to Environment Canada, the strongest gust of 111 kilometres per hour was recorded in Menisino.