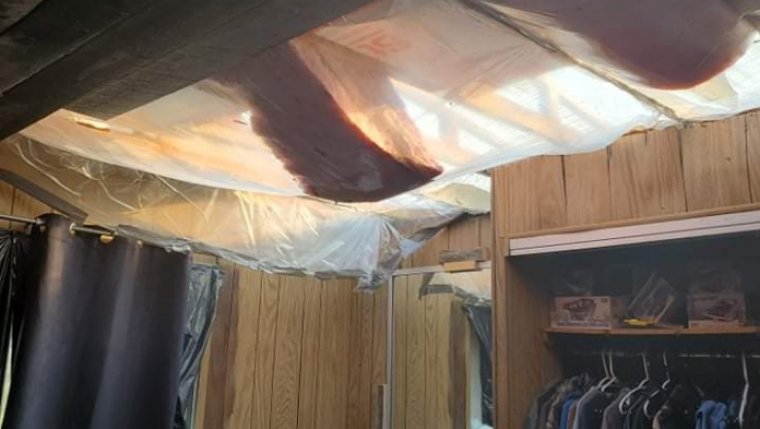 WINNIPEG - Environment Canada is investigating a possible tornado that touched down in the Westman region of Manitoba this weekend, and is asking witnesses to send them their photos or video for confirmation.

Residents of the RMs of Pipestone and Woodnorth, about an hour west of Brandon, are cleaning up a big mess, some having sustained major damage, left by a storm that passed through the area at around 11 Saturday night. Some say they’re lucky to be alive after roofs were torn off, vehicles damaged by flying debris, and windows smashed in the intense wind.

Environment Canada says they’re aware of a weather system that moved through the area, but meteorologists are still gathering data to confirm the storm included a tornado. They’re asking anyone with photos, video footage, or info about the storm to post it with the hashtag #MBstorm or send it to mbstorm@canada.ca.

A high risk of thunderstorm activity remains in much of southwestern Manitoba today, with a severe thunderstorm warning in the RM of Killarney-Turtle Mountain. The federal forecaster is warning residents to take cover immediately if threatening weather approaches, as strong winds, up to golf ball size hail, and heavy rain moves into the region from the east. 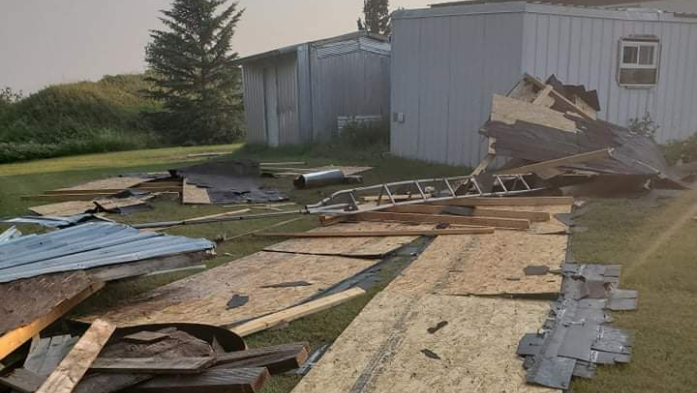