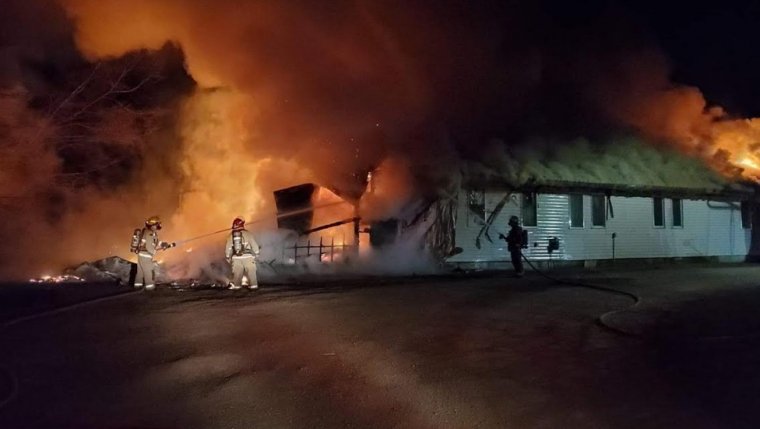 WINNIPEG - Residents of a Portage la Prairie neighbourhood are reeling after their community centre suffered a devastating fire.

The Portage la Prairie Fire Department says the Koko Platz Community Rec Centre sustained extensive damage after crews were called just after 1 in the morning. Three trucks were dispatched, along with other personnel, and by the time they arrived, the building was already engulfed.

Investigators and firefighters stayed onsite for more than six hours, and the cause of the blaze is still being investigated. “We worked extremely hard to get the fire under control,” officials with the fire department say, adding that as they were dealing with the rec centre fire, another crew was dispatched to respond to a report of a car on fire at the other end of town.

Community centre staff say they’re deeply saddened to learn of the community centre’s destruction, but are grateful to the fire department for preventing the fire from spreading into the forest and nearby buildings. They’re asking anyone who may have recently seen anything suspicious in the area to contact police.