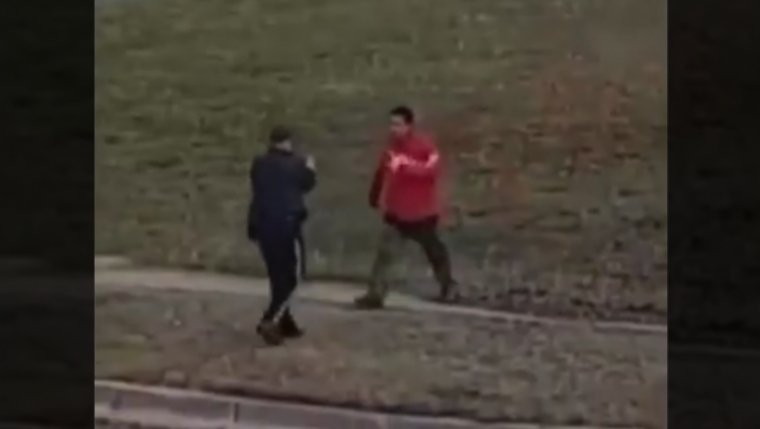 WINNIPEG - Manitoba’s civilian oversight agency is investigating after RCMP say one of their officers shot an armed suspect on Monday.

Mounties in Thompson say the officer was attempting to serve legal documents when they encountered a man brandishing a knife yesterday afternoon. A man wearing a red shirt was seen walking toward the officer, who kept backing away from the suspect until the gun was fired. The 30-year-old man was taken to hospital with what police say was a serious injury.

Manitoba RCMP say the Independent Investigation Unit was notified and is investigating the incident. Thompson RCMP continue to investigate.

MKO Grand Chief Garrison Settee, who represents northern Manitoba’s First Nations chiefs, says he was very concerned to see footage of the incident. “The video that is circulating is extremely disturbing,” Settee says. "My office has been in touch with the Thompson RCMP and we are expecting a full report about what took place today in Thompson."