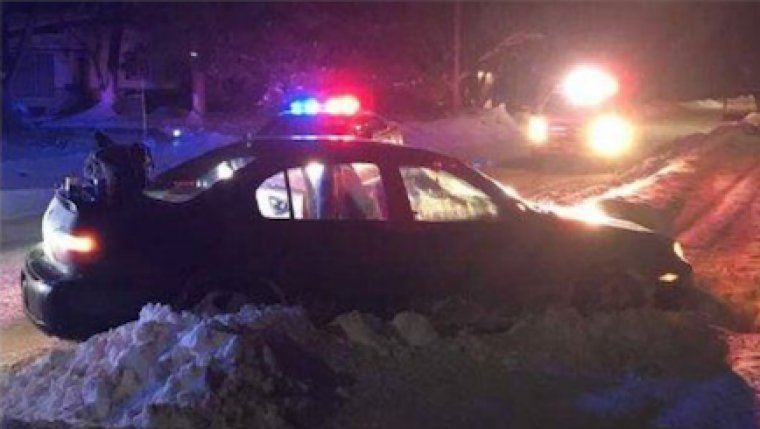 Selkirk Car Chase Ends - A short car chase ended in a snowbank for a man fleeing from Selkirk RCMP at 2:45 AM on January 24.

Officers tried to pull the vehicle over when they noticed that it had no front or rear licence plates. They chased him a short distance to the intersection of Colcleugh Avenue and Eveline Street where the suspect lost control and struck a snowbank.

The suspect was taken into custody where it was discovered that he had three outstanding warrants for arrest.

Tyler Friesen, 21, of Selkirk, is facing charges of Flight from Police, Dangerous Operation of a Motor Vehicle and Drive While Disqualified. He is also charged with Drive an Unregistered Vehicle under the Highway Traffic Act. He has been remanded into custody with a court date of January 25, 2020.