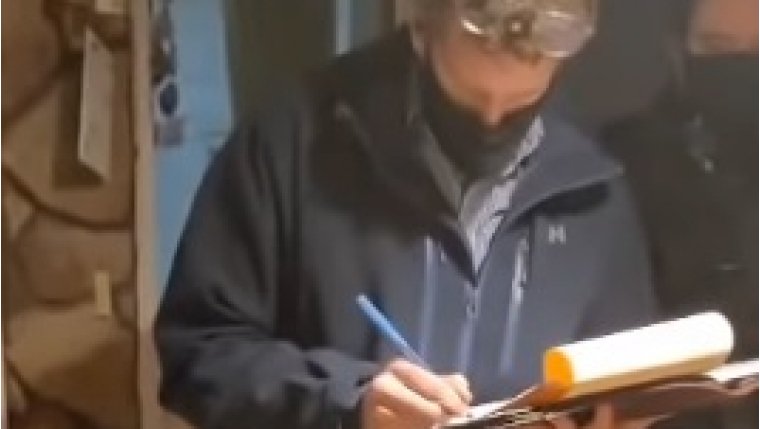 WINNIPEG - The minister of a small-town church 14 minutes south of Steinbach is facing up to nearly $2,600 in fines after reportedly not following public health orders. Steinbach RCMP responded to a report Sunday morning of a gathering being held in violation of new public health rules at The Church of God near the town of Sarto, about 16 Km south of Steinbach. Police say there were “well over” 100 people congregating in the building.

The following day, two RCMP officers and three Public Health officers dropped by the home of its Minister, Tobias Tissen, to issue two tickets: one in relation to the Sunday gathering, and the other in connection to his participation in a protest in Steinbach on November 14. Each ticket carries a fine of up to $1,296.

The service at the Church of God near Sarto happened just one day after a group of nearly two dozen pastors and churches in Steinbach and the surrounding area delivered an open letter in support of the public health measures set by the provincial government. The letter made Biblical references largely from chapter 13 of a letter to a church in Rome nearly 2000 years ago, in which early church leader Paul called on Christians to follow government rules "whenever the laws of the land do not cause us to disobey God."

Steinbach currently has a COVID-19 test positivity rate of about 40 per cent. Under the current Red-level public health orders, places of worship must be physically closed to the public, but may offer services at the place of worship for viewing online or through some other remote means.