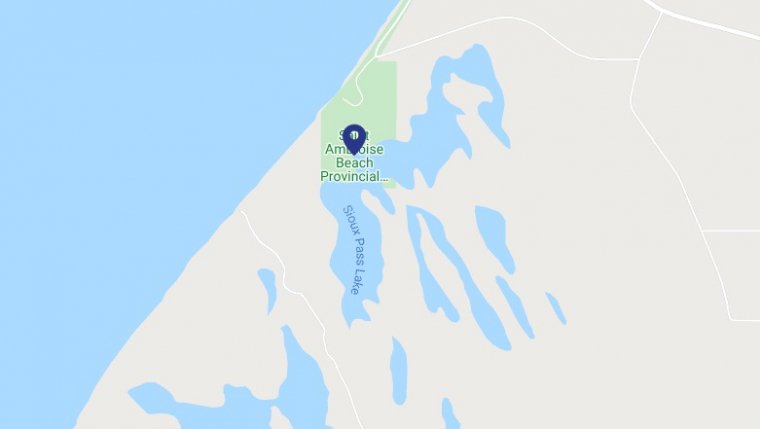 WINNIPEG - It was left in ruins in 2011 by one of the worst floods in Manitoba history. Though, two years later, day camp sites were renovated and reopened, the devastating collapse of infrastructure meant there was much to rebuild and service to develop the area, including utilities, amenities, and supplies. But earlier this year a nearby St. Ambroise resident, who was already running the town's general store, decided it was time to fully restore and reopen Surfside Beach and Campground, located in St. Ambroise Provincial Park.

Sterling Ducharme says roads and campground lots needed to be rebuilt from scratch, but his end goal is to further expand the campground to have 220 lots ready for next year. The campground now offers concession stand at the beach area, a live entertainment venue, both powered and un-serviced sites, Wi-Fi access, shower facilities, and a restaurant. Beach goers with a provincial camping pass are also welcome to visit.

Ducharme, who grew up in the area, says the project has been a great way to hire and employ local Manitobans and boost local tourism, as the population in the St. Ambroise region has been declining recently after years of it serving as a vibrant cultural hub.

Meanwhile, St. Ambroise Provincial Park continues to be owned and under the regulatory jurisdiction of the province. Conservation and Climate Minister Sarah Guillemard says the lease of camping space in a provincial park isn’t without precedent, noting there are already around a dozen contracts in place throughout the province, including a couple signed in 2000 and 2012 for sites at Margaret Bruce and Overflowing River parks.

The NDP says the arrangement amounts to privatization and wants the province to make sure provincial parks remain accessible to all Manitobans.

Guillemard says though the park had been known as a great destination for stay-cationing Manitobans, but the St. Ambroise community struggled after the flood, and, as a member of that community, Ducharme is someone with a vested interest in restoring it to its former state of prominence.