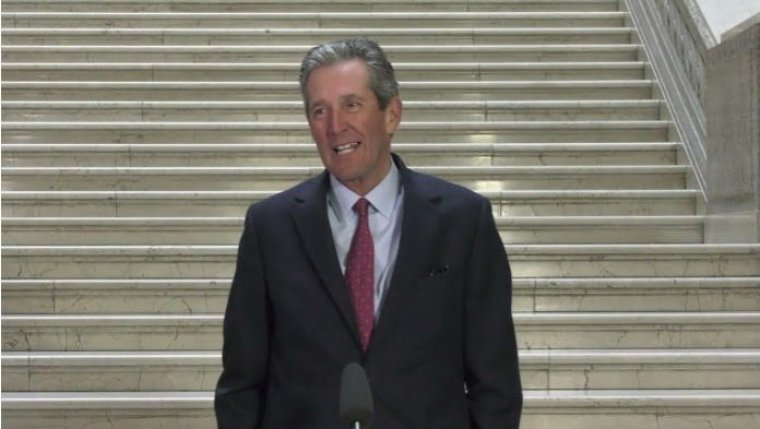 WINNIPEG - Premier Brian Pallister is set to talk to reporters today for the first time since announcing he won't seek re-election.

He hasn't said yet when he intends to step down and whether he plans to continue with Bill 64, his controversial education changes.

The only person in the race to replace Pallister so far, Heather Stefanson, is promising to kill the bill.

He has news conferences planned for later today in Brandon and Portage la Prairie to announce health care funding.