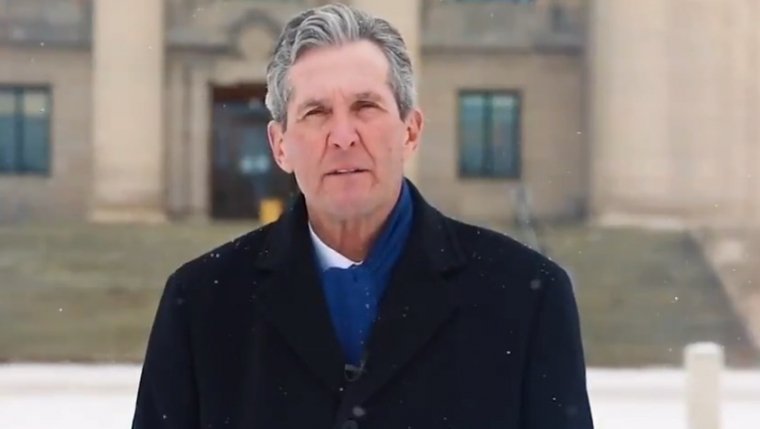 WINNIPEG - Manitoba Premier Brian Pallister announced changes and reappointments to his team today in the first cabinet shuffle since the beginning of the COVID-19 pandemic. Cohorts of three cabinet ministers were sworn in before exiting the room to ensure physical distancing.

Following months of scrutiny during the pandemic, Cameron Friesen is no longer Health Minister. He is now Minister of Justice and Attorney General, replaced as Health Minister by Heather Stefanson. Minister Stafanson is joined by Audrey Gordon, newly-appointed Minister for Mental Health, Wellness, and Recovery. Unlike the other appointments during the solemn ceremony, the announcement of hers was met with applause.

Friesen was absent from multiple news conferences while Manitoba was experiencing some of its highest COVID-19 case counts, but did attend a December 21 COVID-19 briefing after Premier Brian Pallister mentioned he was considering the appointment of an additional health minister to help with the workload. Ontario already has multiple health ministers, one specializing in long term care, and B.C. has an additional health minister who has a similar role to the one Minister Gordon just took on, specializing in mental health and addictions.

Roles that were changed:

Kelvin Goertzen, Minister of Legislative and Public Affairs, and Deputy Premier of Manitoba

MLAs whose roles do not change:

Cathy Cox, Minister of Sport Culture and Heritage, and Minister responsible for the status of women